Lawyers called as Target accused of ripping off Australian artist 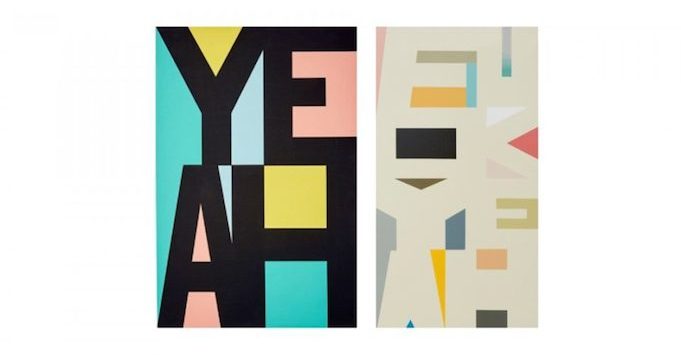 A prominent Australian artist is seeking legal advice after he was alerted to a canvas for sale in Target stores that bears a striking resemblance to his work.

Jon Campbell has enjoyed a successful career over three decades and is known for incorporating words into his graphic canvas works.

But according to Sydney gallery owner Darren Knight, who represents Mr Campbell, the artist has received multiple calls alerting him to the alleged rip-off canvas.

The Target online store appeared to remove the product for sale over the weekend. Links directed shoppers to a page which said: “We can’t seem to find that item”.

However, a pillow with a similar ‘Yeah’ design was still available.

Knight told The New Daily contemporary artists are accustomed to having their pieces emulated, but said this was such a blatant case of imitation that Mr Campbell had decided to make legal inquiries.

A representative for Target said the company had not been contacted by Campbell, but implied Target had already been made aware of the issue.

“We obviously take these matters very seriously and we’re currently looking into it,” she said.

Campbell has been incorporating the word ‘Yeah’ into his work for a number of years, but gallery owner Knight said it was the combination of using four panels to depict the word in block letters, plus the use of negative space, that made the piece an obvious copycat.

He said a number of brands over the years had obviously been inspired by Campbell’s work, but that was more a case of art entering the pop-culture sphere.

“This is just blatant rip-off,” he said.

Mr Knight noted that Target had omitted the word ‘F***’ from its alleged interpretation.

The accusation levelled at Target comes after a collection of 20 international artists banded together against fast-fashion retailers Zara and Bershka – both owned by multinational Inditek – this year.

The European chains, known for replacing stock with breakneck speed, have been accused by the likes of Australian artsit Georgia Perry of using images without consent or compensation.

The website shoparttheft.com was created to alert the public to the copycats, and encourage them to buy directly from the artist.

Perry, a prominent local artist known for her quirky enamel pins, claims she has been ripped off by both chains.

Yo @ZARA – just because you tried to hide it in a pattern, doesn’t mean I wouldn’t notice! #shoparttheft pic.twitter.com/m3lS3On5ar

Like Campbell, Perry had been alerted to the designs by members of the public who asked whether they had done a collaboration with the brands.

“I have had two or three pin designs used [by Bershka] … others have had their entire back catalogue copied and traced,” Ms Perry told Fairfax in July.