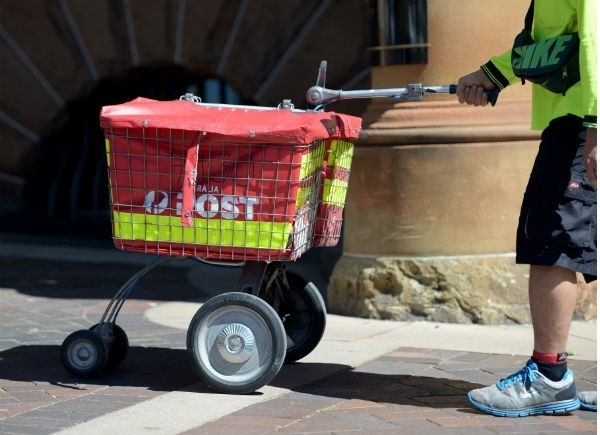 From August, Australia Post plans to charge customers $3 to collect a parcel that has been waiting to be collected for six to 10 business days.

Customers will fork out an extra $3 for picking up a parcel that has been waiting for 11 to 15 business days.

If a parcel has been sitting at the post office for more than 15 business days, customers will be charged a $9 collection fee.

Parcels will be returned to the original sender if not collected within 30 days.

Under the current system, undelivered parcels are held by Australia Post for no pick-up fee but are returned to the sender if not collected after 10 business days.

Australia Post hopes the new user-pay system will allow it to give people a longer timeframe to collect their parcels, while at the same time encouraging people to collect items within a shorter period.

However the Post Office Agents Association Limited (POAAL) says the scheme could cause “customer angst” and service staff will be in the firing line.

“Australia Post’s aim may be to encourage customers to collect their parcels from the post office as soon as possible, but Australia Post really needs to ficus on increasing first time delivery rates so that parcels don’t end up at the post office,” POAAL director Bob Chizzoniti said in a statement.

“Our members are asking how they’ll be able to find the space to store parcels for up to 30 days. Already, many LPOs [licensed post offices] find it hard to find enough space to securely store parcels awaiting collection.”

“Most customers pick up their parcel quickly, with 92% of parcels collected within five days,” the spokesperson says.

“We believe this service will help the small amount of customers who can’t collect their parcels straight away.”

Another poor policy that’s not in sync with reality. Auspost doesn’t know how frequent the posties not leaving leave a card in their customers’ mailboxes (for whatever insane reasons), and so some customers don’t even know there is a parcel waiting for collection. It happened many times and it will continue to happen. There is going to be more disputes and bad blood between Auspost and their customers. If Auspost really want to save cost, just review the mutli million dollar salary package of their CEO and that’s plenty of savings to be made there by cutting 3 quarter out of it.

Been a victim for years of lazy au post contractors not leaving cards for parcels, and having to chase the parcels down myself when I realised they should have arrived.
Totally missed out on Christmas presents 2 years ago because was not notified there was anything at the Post Office to be collected.
I think there will be a large turnover of staff at AU Post coming up!

I feel your pain. I missed out on parcels sent from the US on ebay because there was a scam at the post office where the delivery guy forged my name and they tried to produce a signature that wasn’t mine. I was covered by ebay insurance and when I inquired at the post office on how this happened, they said there was a current investigation of theft going on and wouldn’t give me more details..

Great, this just adds more cost to the cost of doing business, having to fork out to pay for something that’s been sent to me. Will you get charged for collecting parcels from your own postbox at the post office too?