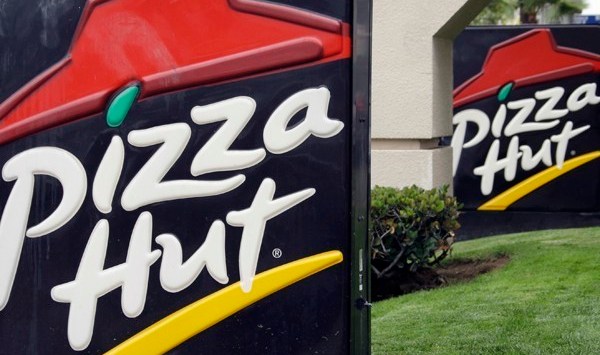 A recent announcement from McDonald’s US that the company will be rolling out table service comes as fast food businesses around the world look to up their service to customers.

Overnight the US arm of McDonald’s revealed that the company will be slowly revamping its US stores, including providing table service to customers, reports CNBC.

McDonald’s chief executive Steve Easterbrook told CNBC that the move was planned to highlight the fast food giant as a “modern and progressive burger company”.

“For the best part of our 60 years we’ve asked customers to fit around our business model. Now customers are more demanding and we are looking to adapt our business,” Easterbrook told CNBC.

“The counter is a barrier.”

As the new service rolls out to just 500 of McDonald’s 14,000 US stores, according to a McDonald’s Australia spokesperson, Australian stores already have “full table service”.

“We introduced table service alongside the launch of our gourmet burgers in 2014, it’s since been expanded for the entire menu,” the spokesperson said.

“[McDonald’s] is great at implementing new ideas and getting uniform change across the 600+ stores, but it’s a big change in the way we interact with customers. We’re not able to pull it off at the moment, and some other stores have had difficulty,” the manager says.

“I think it creates opportunities to interact with our customers that we wouldn’t normally otherwise have, which is great, but it’s so different for us that we have trouble executing.”

The manager says his store can only provide table service as the company intends it get provided “4/10 times”, and only on limited times on certain days. He told SmartCompany that in Australian stores, table service has been a “massive change in culture”.

“McDonald’s employees generally resent any change that they perceive makes their job harder (create your taste or table service or menu changes) and struggle to change their mindset,” he says.

Senior industry analyst at IBISWorld Andrew Ledovskikh told SmartCompany that McDonald’s planned change in the US was “a push to change perceptions”.

Ledovskikh believes the fast food chain is intending to “up its game”, referring to the success of McCafe as a precedent and seeing it as a move to grow the customer base.

Dine-in pizza on the cards in Australia

Pizza Hut has struggled at times in the Australian market, languishing behind competitor Domino’s in recent times. However, the business has gotten another lease on life after announcing it will be acquiring collapsed pizza chain Eagle Boys, which went under in July.

The acquisition of the stores will boost Pizza Hut’s market share, which currently sits around 25% of the $3.7 billion market, reports Fairfax. The chain will re-brand 50 Eagle Boys stores over summer, boosting the amount of Pizza Hut restaurants to approximately 320. This would put it in line to compete against Domino’s 600 store market share.

However the chain could be moving to do more than just open more stores, with Pizza Hut chief executive Lisa Ransom telling news.com.au that the chain could consider bringing back the dine-in experience of the 20th century.

“It’s all on the table at the moment,” Ransom told news.com.au.

“There’s a great deal of heritage in the brand and we are looking at ways to do things differently. We get a lot of demand for dine-in restaurants and we’ll absolutely be looking at those opportunities moving forward.”

In a statement provided to SmartCompany, Ransom said, “We are looking at every potential option and opportunity to best grow Pizza Hut, so everything is on the table at the moment. Pizza Hut is a much-loved brand by Australians and many people, including me, have great memories of dine-in”.

A new avenue of competition

Ledovskikh believes that this is a move by the “underperforming” Pizza Hut to try to open a new avenue of competition.

“There are four main competitive elements when it comes to fast food. Price, convenience, quality and health consciousness,” he says.

“Pizza Hut has been underperforming and has had trouble competing on price against Domino’s. They’ve even been struggling on the convenience factor, with Domino’s introducing things like GPS tracking of drivers.”

The potential revamping of a dine-in option would be an attempt to move away from what the chain has traditionally struggled with, says Ledovskikh, and try to create an experience for customers.

“They’re trying to create a new avenue of competition, and hark back to an older time of the business,” he says.

However Ledovskikh believes it is a tough market, and that the chain could see serious trouble having success in some areas.

“It’s a tough market. They might see success with that model in rural and suburban areas, but they could struggle to get it going in metropolitan areas,” he says.

Finally, Ledovskikh believes that both Pizza Hut and McDonald’s are attempting to change public perception of fast food.

“This is an attempt to change the perceptions of grandparents and parents who might be on the fence about taking their children to Pizza Hut or McDonald’s. If they’re offered a dine-in experience, it might encourage them to eat there,” he says.

As long as Pizza Hut brings back the all you can eat dessert bar (chocolate mousse FTW!), I’m there.