Meet 3INA, the international beauty retailer that could open as many as 90 stores in Australia 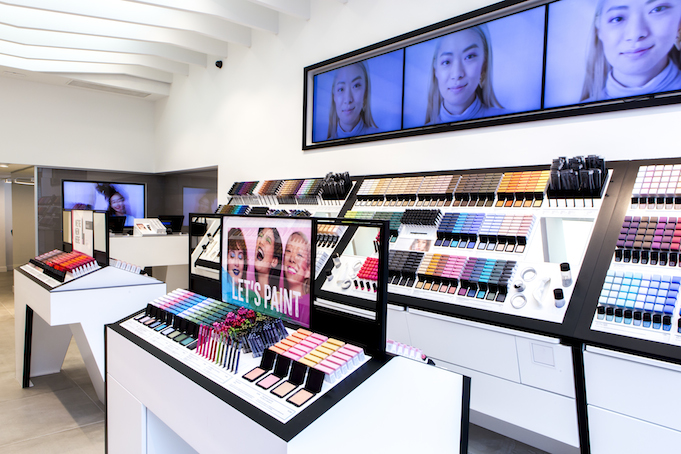 International beauty retailer 3INA has this morning opened its first Australian store, ahead of what the company’s founders say could be an “aggressive” roll-out of up to 90 outlets around the country.

The first Australian 3INA store is located in the Melbourne Central shopping centre in Melbourne’s CBD, with a second Melbourne store to open in the Southland shopping complex later this month.

By the end of the year, 3INA hopes to have 30 stores open in 10 countries. Longer term, there are plans to open 300 stores worldwide in the space of three years – and there could be as many as 90 of the brand’s outlets in Australia alone, say founders Mark Eve and Pablo Rivera.

“A lot comes down to how we perform in the first few stores,” Eve told SmartCompany.

“We first thought it would be around 40 stores [in Australia] but we’ve been advised it could be anything up to 90 stores.”

After the opening of the Melbourne stores, Eve says 3INA will look first to Sydney and Brisbane to open additional outlets, followed by a local e-commerce offering at the start of 2017.

“We are hoping to launch our European online store from next month and the Australian one early next year once we have a better understanding of the market,” Eve says.

Coming from a background in the fashion industry, Eve and Rivera started working on the 3INA concept around two years ago, saying it took some time to develop their products and assemble their team.

Aiming to offer a “premium” beauty experience but at affordable prices, the pair say one of 3INA’s strengths is its quick turnaround for new releases. While they say many of the larger beauty brands operate to a timeframe of between nine months and several years when developing and producing new products, they claim their longest lead time for new products is four months.

The brand’s products are made in Europe – in Germany, France, Italy and Spain – although there are plans to localise the supply chain once more Australian stores are up and running.

When it came to identifying which international markets to launch the 3INA brand into, Eve says the Australian market presented an attractive opportunity because of the dominance of large beauty brands and the relative high prices charged by these brands.

“The market looked like an expensive market, dominated by the biggest cosmetic companies in the world who held the pricing strategy,” he says.

“We’re a little, disruptive brand that can bring value. We saw an opportunity in the current landscape with our price point and product experience.”

The 3INA range includes 450 products in six categories: eyes, lips, face, skincare, nails and tools. The recommended retail prices start from $9.50 for nail polish, $9.95 for lipsticks, and $22.95 for foundations.

But despite the seemingly low prices, Rivera says “price is not our focus”.

Instead, Rivera and Eve want consumers to compare the quality of 3INA’s products to prestige or premium brands in the market, something that they hope to reinforce with their approach to marketing.

According to Eve and Rivera, 3INA’s advertising material will focus on the “approachable” personality of the brand and will feature real consumers instead of glamorous models. Generating word-of-mouth recommendations will be key, they say.

“We want to be an honest brand,” says Eve.

“We want to take our time to grow organically.”