Multibillion-dollar cosmetics brand Avon is exiting Australia: Did it fail to shake the “housewife” vibe? 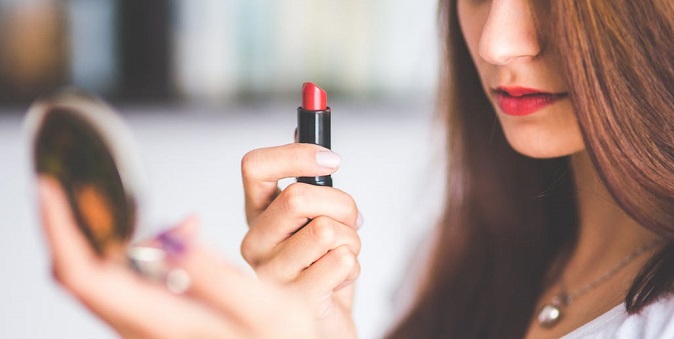 Global cosmetics-selling giant Avon will exit the Australia and New Zealand markets by the end of 2018, with the $5.7 billion company highlighting in its fourth-quarter sales report yesterday that there is no “long term path to profitability” Down Under.

The direct-selling makeup company, which has long relied on representatives to facilitate orders for consumers through door-to-door sales, has been in operation since 1886 and came to Australia in 1963.

However, yesterday the company confirmed the “very sad” news that it was exiting operations here.

Avon’s statement on fourth-quarter earnings revealed a 3% drop in revenue for the Asia Pacific region, to $US139.3 million ($175 million).

“Following a review and determination that there is no path to long-term profitability in these markets, the Company chose to close [the Australia and New Zealand] operations,” Avon said in a statement.

Avon has more than 200 staff and 21,000 representatives in Australia and New Zealand, reports news.com.au.

“I have been a rep for over 30 years and to find this out on FB is disgusting,” said one commenter on Facebook.

“So much for loyalty. I’m sure they could have sent us all a letter.”

It is also unclear if Avon will continue to operate its Australian-facing website, which currently offers online sales. SmartCompany contacted Avon but didn’t receive a response prior to publication.

Expert in consumer behaviour at Deakin University, Paul Harrison, believes everyone should have seen troubles coming for Avon in Australia.

“The brand has been rooted in this very pastel view of housewives in the 50s and 60s,” he says.

Harrison believes a failure to shift that branding perception was Avon’s death knell in Australia because consumers now have so many alternatives for buying cosmetics and beauty products.

“Australia is a small market, and you have so much competition and so many different brands here,” he says.

“Avon is a model that is so heavily rooted in the door-to-door sales technique, and it is very difficult for them to compete against something like Aesop.”

Any moves to make the brand viable for the long term in Australia should have started around “20 years ago”, Harrison says, reflecting that one option for Avon in Australia would have been to launch other cosmetics brands that were badged with new names and brand identities.

“Avon filled a gap in a time before the internet, when people just didn’t have the opportunity to go home late at night and buy things,” he says.

Director of communications agency Social Concepts, Jessica Humphreys, says Avon could have also been faster to target social media advertising to millennials who have big budgets to spend on beauty.

“I feel like with a millennial audience, Avon is almost irrelevant. I don’t think they’re particularly active in their social approach, and it’s never really been focused on a younger demographic.”

Humphreys says as a multinational, Avon’s strategy would likely be set by the global head office, but the lack of visible, targeted Facebook and Instagram advertising for its products could have been a missed opportunity in the Australian market.

However, she observes that the direct sales and “shopping party” model that Avon has relied on is also difficult to promote on social media, where shoppers are used to getting what they want when they want it.

“We want to be able to buy things quickly — and having 30 friends over for an event like that is kind of a luxury, to be honest,” she says.

A company facing changing consumer attitudes like this has to get well ahead of them by positioning their brand differently as soon as they notice the trend, she says.

“I think they need to understand times are shifting and they needed to look at trends — I imagine these concerns have been happening for quite some time,” she says.

NOW READ: What makes consumers sign up for subscription boxes

Great products. 45 years ago, my girlfriend got me an Avon hair brush, teaching me to advance from the old Brylcream generation. Still got it, still use it, and it looks terrible, but still works. LOL. Best advice to Avon, as if they haven’t already researched it, is to set up a very clever sales system using social media, and move into the digital era. Time to make a change.

Too late for Brylcream, 45 years ago, I had hair.

If only Avon had got with the times and hired some social media managers and stopped relying on sales reps who scam their friends/family into Avon parties. Some of their products might have been great, but Avon always relied on friends/family abusing trust and selling to you.

Avon will probably loose their customers to nutra medics. A lot of my customers are upset that they won’t be here anymore. If they ever come back, I don’t think anyone will trust them again. I’m a Rep, but don’t make any money ,but I love selling Avon, but No More. ????????????????

Please, how do I get Avon perfumes?