Myer says discounting is off the table: Have Aussie shoppers seen the end of big sale events? 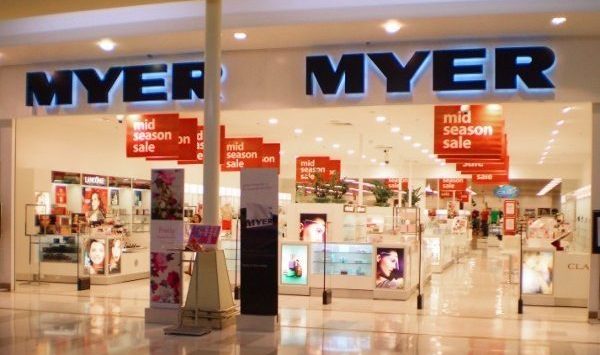 Myer chief executive Richard Umbers has insisted that discounting is not the answer to the questions surrounding the department store’s turnaround, after an profit downgrade for retailer prompted analysts to revisit the tough climate facing big bricks-and-mortar stores.

On Thursday Myer told the market it was expecting a net profit after tax (NPAT) of between $66 million and $70 million for the past financial year, a drop on its previous assertions the company would hit $69 million or more.

As part of that update, the company confirmed it was writing down its 20% stake in the collapsed Australian brands of Topshop and Topman, which is worth $6.8 million, after it was unable to come to an agreement with UK parent company Arcadia Group about the future of the Myer Topshop concessions.

Added to this was a $38.8 million impairment charge Myer is expecting from troubled Aussie fashion label sass & bide.

However, in comments to Fairfax this morning, Myer chief executive Richard Umbers said the “New Myer” turnaround plan was still continuing, and the company was not “planning to go back to a discounting mentality”.

“I don’t think there’s any rational judgment that that would be in the long-term interests of the business,” he said.

So as Australian bricks-and-mortar stalwarts promise to price-match with Amazon when it arrives, are the days of a discount mentality truly gone for Australian shopping?

Retail experts say discounts have to be connected to goals, and there are certainly more challenges for our department stores than price points.

How do stores get people through the door?

While Myer asserts it will not rely on discounting to boost revenue in the short term, it can’t be denied that the department store has previously relied on big sales events to get people on the shop floor, says executive director of Kepler Analytics, David Gordon.

“For example, Myer’s big sale events are an institution in Australia, and this contributes a lot to their revenue calendar. Though we don’t really know, I suspect it also contributes significantly to profitability,” Gordon says.

Annual sales periods have traditionally had the effect of boosting foot traffic into Myer stores, and ideally these should be backed up with showing off the product range and service on offer from the company, Gordon says.

However, even though Gordon thinks some of the heat has gone out of the at-times panicked predictions about the impact of Amazon’s arrival on Australian retail prices, he believes discounting alone will never be enough to save big retailers.

“The ability to make your product or your store front of mind by promoting on the idea of price will be very difficult, but secondly the thing that distinguishes a brand from others is the quality of design, the experience of the design,” Gordon says.

There are also other “fundamental problems” that businesses like Myer are facing beyond price, Gordon suggests. He points to the collapse of Topshop and the challenges the department store is facing with sass & bide.

“The issue is, they’ve got to rebuild credibility in the market that they are capable of [selecting strong brands],” he says.

Pricing won’t save anyone without service

Chief executives like Umbers are right to suggest deep discounts won’t save a retail business, says Michael Stapleton, a founding member of the Association of Virtual CFOs, but simply acknowledging this isn’t enough to fix concerns at the core of business models.

“I buy the argument that discounting isn’t a sustainable long term way of running a business,” he says.

However, even if a business decides to avoid big sales events, it still needs to pick up the other, more important side of customer loyalty: service.

“When you walk into a store, you’re halfway there to buy. All you have to do is convert those people, and that comes down to staffing,” Stapleton says.

“If you’re going to spend money, or a lot of money, then that human element is the thing that will get you there.”

The challenge for traditional retailers is around continuing to invest in experience for shoppers, which is difficult when sales numbers put pressure on things like staffing costs, says Stapleton.

“The other side is if you have to hire staff and train them, then they become expensive, so you have to become good on all your other costs — distribution centres, your processes.”

Umbers told Fairfax the plan for Myer is to continue to move towards “experiential” aspects of shopping. Stapleton says that while service is clearly a key part of retailer’s survival, delivering this consistently is important.

“I think where they need to get to is thinking about enough staff, about lighting, about how the clothes are presented, all that,” he says.