When Dean Salakas was presented with a chance to open Australia’s largest Halloween pop-up, it was an opportunity not to be missed.

But after signing the dotted line on a lease for a former Toys ‘R’ Us store the size of six basketball courts, the true scale of the task ahead of his small business was becoming apparent.

The Party People chief, a perennial market tester, is no stranger to new projects, but with nine days to deck out an enormous activation in Westfield’s Knox Centre in Melbourne, even he admits to having doubts.

“I thought it was impossible,” Salakas tells SmartCompany. “It was a rollercoaster ride from day one.”

The store, which opened last week, was born out of more than six months of planning and a partnership with Canada-based Halloween Alley, a company specialising in holiday-themed retail activations overseas.

Traditionally, Halloween has been seen as a relatively minor event on the Australian calendar, mushed between ‘sports September’ and the Christmas rush in December.

But anecdotal evidence across the retail landscape suggests sentiment for the end-of-October holiday, worth an estimated $9.1 billion in the United States, is improving Down Under, with chains large and small experiencing larger sales spikes during the holiday in recent years. 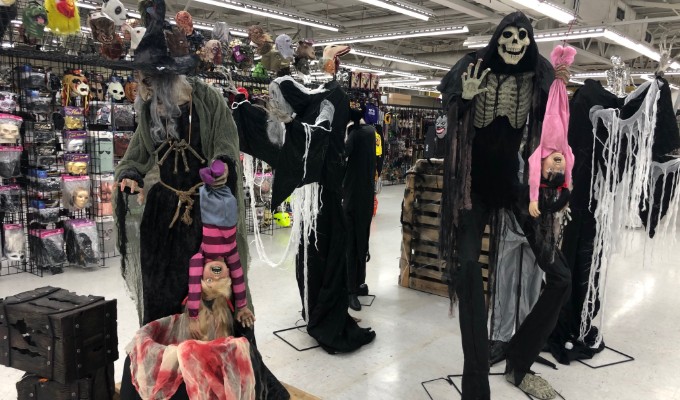 Getting ahead of the curve

Salakas wants to get in ahead of the curve, and in many ways, this year’s gigantic pop-up is one big test.

“What we’re trying to figure out is: how does this work in Australia as a pop-up?”

Halloween Alley is also keen to find out. The North American company runs 20-40 pop-ups across Canada every year and wants to know whether culturally similar Australia is ripe for expansion.

There are already differences emerging in the way Aussies approach Halloween compared to those across the Pacific. Interestingly, Salakas says the commercialised nature of the holiday overseas hasn’t necessarily travelled.

In a product sense, that means fewer generic masks and a heavier focus on experience — a retail realm historically associated with Australia’s largest department stores and their extravagant Christmas events.

But Salakas’ 3,000sqm venture could give Myer’s best a run for its money. Decked out from roof to floor with a themed design, and supported by tech like augmented reality mirrors, which allow customers to try on the more than 10,000 stocked costumes in the store without changing.

To be officially launched on Saturday, there will also be free face painting on offer and in-store entertainers to ensure a family focus over the next one-and-a-half months. 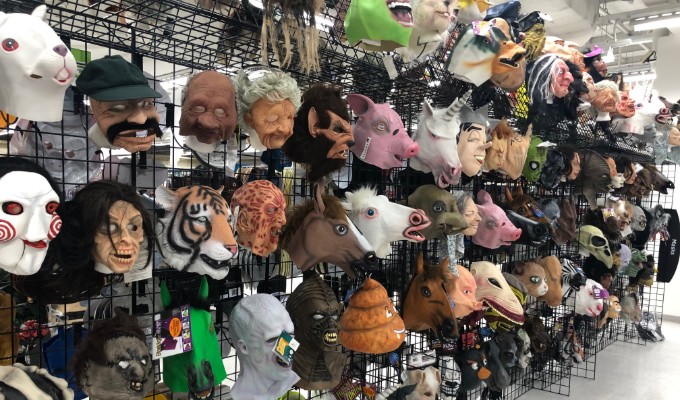 For Salakas, who meticulously planned the store’s set-up, the partnership was a huge undertaking. The Party People isn’t an ASX-listed retail behemoth like Myer, creating some unique challenges for such a large project.

“I realised on day one we didn’t have enough people,” Salakas says, detailing the struggle of setting up such a massive pop-up in nine days with a team of 20-30 people.

“Six days out, I thought we were never going to get there.”

Get there Salakas did, with the store ready to go for his big launch this weekend. But The Party People didn’t get this far without taking risks.

“We’re talking a lot of money to do an experiment of this size … cashflow is the biggest challenge,” Salakas says.

“If you go and dump all this money into an experience and it doesn’t pay off, well it’s just a hobby, not a business.” 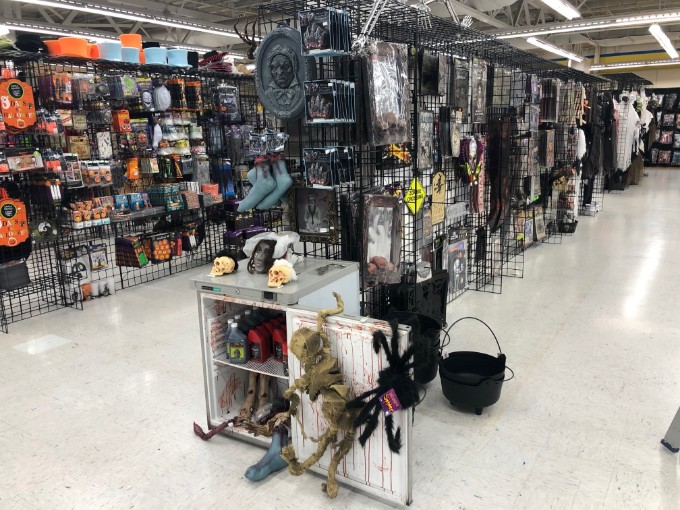 “Retail has never been easy”

But Salakas says taking risks and experimenting with the market is what SME retailers need to do in the modern world to keep the doors open, with change happening at a faster pace than ever before.

“We’re always out there trying to figure out what the next thing is.”

One of the first independent retailers to jump on e-commerce in Australia, Salakas has been experimenting with checkout-free stores and white-labelled buy-now-pay-later in recent months.

The Party People is taking risks at a time when many larger retail chains are piling up talking points about the state of the consumer economy.

Salakas says independents are better off seeing change as a source of competitive advantage, rather than a problem.

“Retail has never been easy, when was anyone ever rolling in it?”

“We’re fighting tooth and nail to grow our business like everyone else is,” he says.

NOW READ: Shark Tank: Why Dean Salakas decided not to give up half of his company, The Party People