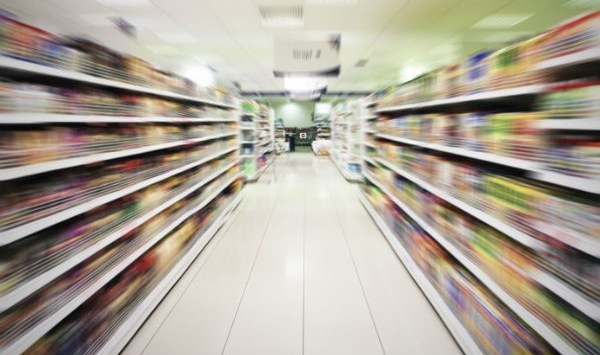 The business is just one of the many local retailers feeling the heat from Aldi’s continued commitment to the lowest possible prices, and the company’s half-year result last week highlighted the problem discount retailers are posing for profits. Metcash’s overall net profit has dropped 39% to $75 million over the past six months.

Chief executive Ian Morrice drew attention to Aldi’s impact when discussing the result, calling the current climate the “most intense period of competition that we’ve seen in the grocery sector”.

But the launch of the business’s private label imprint, Community Co, could act as a point of differentiation in this climate, say experts.

The label will be sold through IGA supermarkets from December, reports Inside Retail, and a contribution from each product sold will go towards community projects.

The brand has a standalone website with no obvious reference to Metcash or IGA. The site highlights the values of ethically sourced products and the importance of buying products from independent retailers, because that not only “supports the store owners but all of the locals they employ and the communities that they are part of”.

A spokesperson from Metcash told SmartCompany that a minimum of one cent per item would be contributed to community causes, and that there were plans for 100 products to be rolled out across a variety of sectors over the next six months.

The terms and conditions of the website list Metcash Food and Grocery as the site owner, and the postal address on the site is for Metcash Limited. 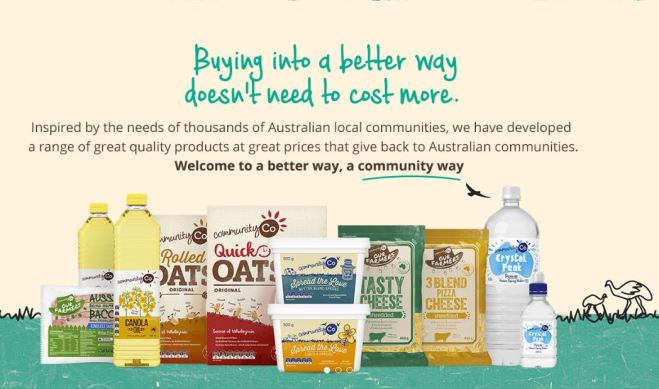 However, the brand doesn’t place its relationship with Metcash front and centre, instead telling shoppers: “We have made our home exclusively in independent retailers across Australia, because we believe they are part of the heart of our communities. Ask for us at your local IGA.”

Earlier this month Woolworths unveiled its own range of private label products that do not feature the supermarket’s name on packaging and focus on wholesome, quality ingredients.

Retail expert and associate professor and QUT Business School Gary Mortimer says the strategies of discount retailers are exactly what businesses like Metcash are trying to emulate with these product lines.

“It’s a strategy they’ve taken from Lidl or Aldi and I guess what they’re hoping to do is provide consumers with the perception of quality as well as value,” he told SmartCompany.

Distancing the supermarket’s brand from the product helps customers believe in the high quality nature of what they’re purchasing, Mortimer says.

“Value comes from a branded product at a low price – quality comes from the package,” he says.

Read more: How Woolworths “phantom brands” aim to capture customers on the hunt for quality

Community values and the supermarket wars

Metcash’s IGA supermarkets have consistently branded themselves as a central part of the community and that can be valuable in the long term fight for dominance in the grocery market, says Mortimer.

“IGA have always positioned themselves as pro-social – and they are well-known for supporting local community projects. Often the franchisee lives in the community – it’s been the backbone of the business,” he says.

“What IGA needs to do is continue to be different from the others. Once you play in that [low] price space, once you do that, it puts them in direct competition with all those other retailers.

“My view is that IGA is able to engage with the community and localise their offer. Remember, shoppers aren’t just looking for low price.”

While local communities are central to the Metcash strategy, the retailer is also keeping an eye on international developments, with Ian Morrice this week floating the idea of a potential partnership with Amazon if it launches in Australia. Meanwhile, Woolworths chief executive Brad Banducci said at the company’s annual general meeting last week that it had set up an Amazon taskforce.

Despite facing a less than ideal environment, Metcash has indicated to the market that it forecasts an increase in food and grocery sales over the next six months. Among the things working in the business’ favour in the second half of the 2017 financial year are an additional trading week, ongoing cost savings and a “repositioning” of its convenience business, management said.

The company has also recently completed its acquisition of Home Timber and Hardware (HTH), which it purchased from Woolworths when the retailer announced an exit from the home improvement space in August.

“My view is that IGA is able to engage with the community and localise their offer. Remember, shoppers aren’t just looking for low price.” Tell that to the IGA franchisee in Seville, Victoria, who has lost his business, livelihood, to a new Woolworths across the road. His store has now been bought by Aldi. Loyalty means little to the majority of shoppers today. They seem to be focused on getting the best deal and convenience.