Revamped Woolworths will have even fewer faces 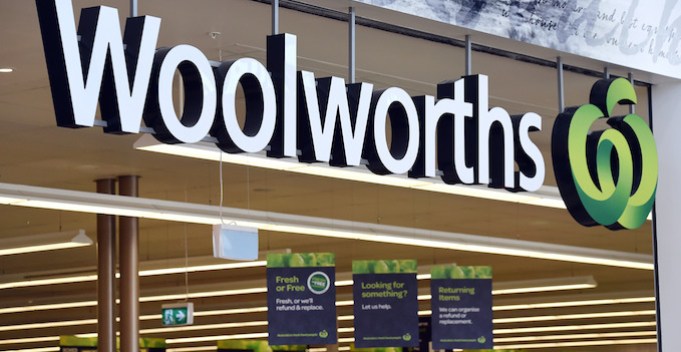 woolworths has come under fire for breaching spam email regulations.

The retail giant announced on Monday it will close 17 underperforming supermarkets across Australia over the next financial year and axe 500 support and supply chain employees as part of a $960 million restructure.

The company has not yet named the stores it will close so as not to alarm staff, suppliers and customers.

That’s likely to see its supermarkets progressively reconfigured to accommodate more self-service pods where customers can scan their items, bag them and pay.

While self-service pods are popular, increasing their numbers could attract more customer backlash against Woolworths.

The findings of a new survey by research group Canstar Blue released on Monday showed that the retailer ranked lowest against its supermarket competitors on customer service and low in terms of value for money, food freshness, store layout, specials, and the quality of its private label products.

The Canstar Blue survey of 2,925 Australian shoppers found that Woolworths customers are not as satisfied as they are with Coles, Aldi, Foodland and IGA.

German supermarket chain Aldi has been steadily gnawing away at Woolworths’ dominant supermarket position, building its total market share to about 10% as it expands around the country.

Interestingly, it has so far chosen to steer clear of self-service checkouts and has publicly stated they are not part of its retail strategy.

In announcing his plans, Banducci said that while Woolworths will actually continue expanding its supermarket network from the current 961, it will do so at a slower pace.

“We have decided to slow net supermarket openings from approximately 90 planned over the next three years to approximately 45,” he said.

“Stores to be closed are primarily either loss-making or in the bottom quartile of the portfolio measured on sales per square metre.”

Banducci said that Woolworths expected to hire 10,000 additional staff over the next few years across its overall network, which also includes discount department chain Big W, Dan Murphy’s and other liquor stores, petrol stations and hundreds of pubs across Australia.

Masters almost under the hammer

At the same time, Banducci confirmed that Woolworths was at an advanced stage in offloading its disastrous Masters hardware operations, and is close to selling its Home Timber and Hardware business.

But he downplayed speculation that Woolworths is prepping other operations for sale, including its Big W, petrol, liquor and pubs businesses.

“We are still growing and employing people every day,” Banducci said. He added, however, that the company will be reviewing all non-customer facing roles after also announcing that 1,000 positions are being redeployed from back-office functions into other parts of the business.

Banducci said that Woolworths’ strategy to get shoppers to put it first was beginning to pay off.

“While we have had to make some tough decisions and this has ramifications for many of our team, we are confident we are putting in place solid foundations for the future and early results give us confidence we are on the right track.

“This will be a three to five year journey and we are determined to drive sustainable improvements in sales per square metre and return on fund employed to deliver value for shareholders.”

Yet a Canstar Blue spokesperson said that delivering value should not be done at the expense of customers.

“Our survey analysis found that the single biggest driver of satisfaction for supermarket shoppers is value for money,” he said.

“We all spend a lot of money at the supermarket – behind our mortgages it is a major cost – and overwhelmingly we want to save money. It is a delicate balancing act for supermarkets though because for prices to be cheaper, other non-product services probably need to be reduced.

“Woolworths is making changes primarily in the non-customer facing areas of the business though, so hopefully shoppers will reap the benefits of any savings without noticing any reduction in services.”

Tony Kaye is a senior financial writer at The New Daily, where this article was first published.

I shop with Woolworths online and in their stores and wouldn’t shop anywhere else. In my experience they are so much better than Coles and other competitors.

It is an unfortunate reality that retail is suffering and Woolworths are certainly not in the minority with in reducing staff numbers and automising where they can.

I will be sticking with Woolies!

I will not ever use selfservice and if they plan on doing more then I will not be shopping there I will be going to Aldi or where I get service. I f I get to the checkout and there is not service then I will leaving my purchases at the door I have already done it once, not only that if I have to do all the work why shouldn’t I get 10% off my bill.

Woolworths is making a major mistake again, their rewards card is not good either I often get $10 off my bill at Coles and The Rewards card cannot be used at Big W either, they have to get more customer focused not take away service. I represent the older population and all of us do not like the selfservice checkouts and will not ever use them as we know this is just getting rid of jobs, they might fool the younger ones and that is exactly who is going to miss out, the next thing is they will be using Robots.

If we wanted to bag our own groceries we would go to Aldi! Yeh, bring it on, Woolies, make yourself just like a more expensive version of all the others. Unique Selling Proposition – NOT. Seriously, bring on something NEW or perhaps vaguely interesting….

So much better to pack your own groceries saves time unpacking. Time poor people should get that standing watching someone else pack groceries randomly is not in the long term time saving