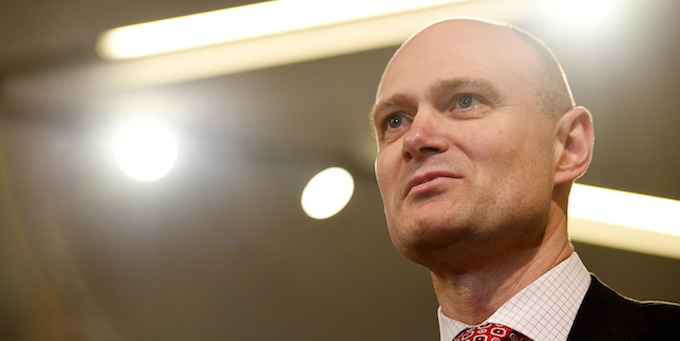 Myer chief executive Richard Umbers will step down from his post today, with the incoming executive chairman of the business saying the decision is a result of the company being “impatient” to improve performance.

In a statement to shareholders this morning, the department store confirmed Umbers will be leaving the role immediately and a search will commence for a new chief executive and managing director for the business.

“We are impatient for a turnaround of the company’s performance and the board has determined it is in the best interests of all shareholders for there to be a fresh approach to drive our future direction,” Hounsell said in a statement.

Umbers has been in the role since 2015,and launched a five-year strategic overhaul of the business, known as the “New Myer” strategy.

The brand has also faced disquiet from shareholder and chairman of Premier Investments, Solomon Lew, who has been critical of management and has undertaken a campaign for board seats.

Hounsell will remain executive chairman of the company until a new chief executive or managing director is found.

Umbers will serve a 12-month notice period, according to the company’s statement to the Australian Stock Exchange.