Service is the difference between a good and lousy small business

It’s amazing how often I hear people say: “I always support local businesses.” As a champion for small business and a coach to several family business CEOs, it may be confronting to say it – but I don’t.

Bad businesses are bad businesses. And bad retailers are bad retailers. International, local, multinationals, privately or government-owned. The shopper experience isn’t defined by an ownership structure, but by how well that retailer delivers its service.

So I do support great businesses that look after shoppers. And this past two weeks I’ve seen a wide range of retailers in CBDs and regional Australia.

I’m doing some work with a couple of large retailers. One with a dominant footprint in South Australia, the other with a national footprint but a very definite regional bias. Broken Hill, Hay and Gawler are all stores in this very old and traditional retailer’s network.

All the stores are privately owned and each store in the network delivers its service in its own way. Some provide amazing service and have built a very loyal local shopper base. Others are on their last legs, and lack investment and any defined process to delivering a good shopper experience. They just trade day-by-day.

However, away from these two retailers I have seen some outstanding businesses in remote SA locations.

On Kangaroo Island the profit season is short, dominated by tourist income and serviced by two types of businesses: privately-owned local businesses and the South Australian Government.

It’s true. I looked, but apart from the Sealink Ferry to the Island and a subsidiary of Wesfarmers, I couldn’t find any large multinationals.

At Island Beehive in Kingscote on Kangaroo Island, Peter and Susan have, over 10 years, built a fantastic multi-retailer business. Commercial honey production, retail honey and associated products, gifts and a café.

Deeper onto the island past Parndana at Emu Ridge is the Eucalyptus Distillery. Larry and Bev Turner are two fifth-generation Kangaroo Island business owners keeping history, and their family, alive and well with the island’s only commercial Eucalyptus distillery.

The business supports children and siblings, with sister Teresa the artist in residence. The site, a great piece of personalised retailing, is truly hospitable. Having a conversation over a cider is as natural as if you were in someone’s home. 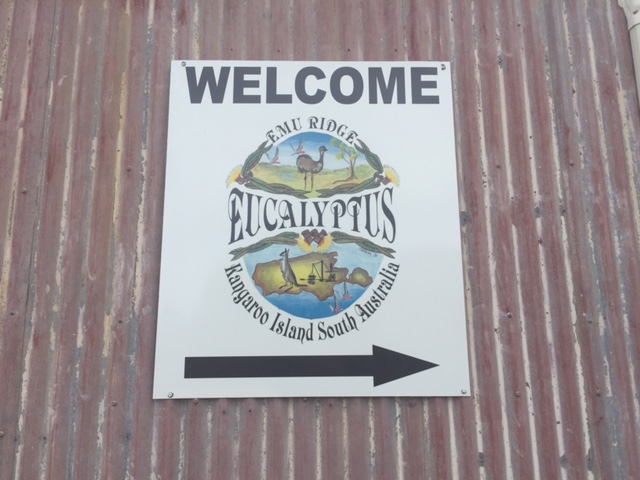 The AFL playing on a telly – the Adelaide Crows – and the old retro Bush Radio playing a local station, woos shoppers into lingering longer and spending more. A shopper mentioned figs and a plate of fresh organic figs appear on a plate from the tree outside.

It may be a bit of joke amongst the 66% of Australians who live in the cities but the Turners’ father had 125 first cousins on the island. And the only way you can stay on the island and keep that line in tact is to own your own business, work in a local business or work for government.

At Seal Bay, the National Parks South Australia employees had escorted 9,000 visitors to see the seals over a two-day period. At an average $30 a head that’s a good weekend’s work. And a good experience too.

I don’t go looking for trends when I walk stores and business. I just observe what is happening and then try to capture the trends. Our regions do need better support from government at all levels if they are to stop shrinking.

I was going to say thrive, but that’s a little naive. No amount of investment in internet download speeds is going to help jobs in retail and hospitality in our regions. Better roads, ports and airports all help the 66% of us city dwellers to visit the regions. More flexible labour laws help locals open businesses and employ other locals.

There’s an election coming up. I wonder who’ll talk to the 34% who need government help the most?