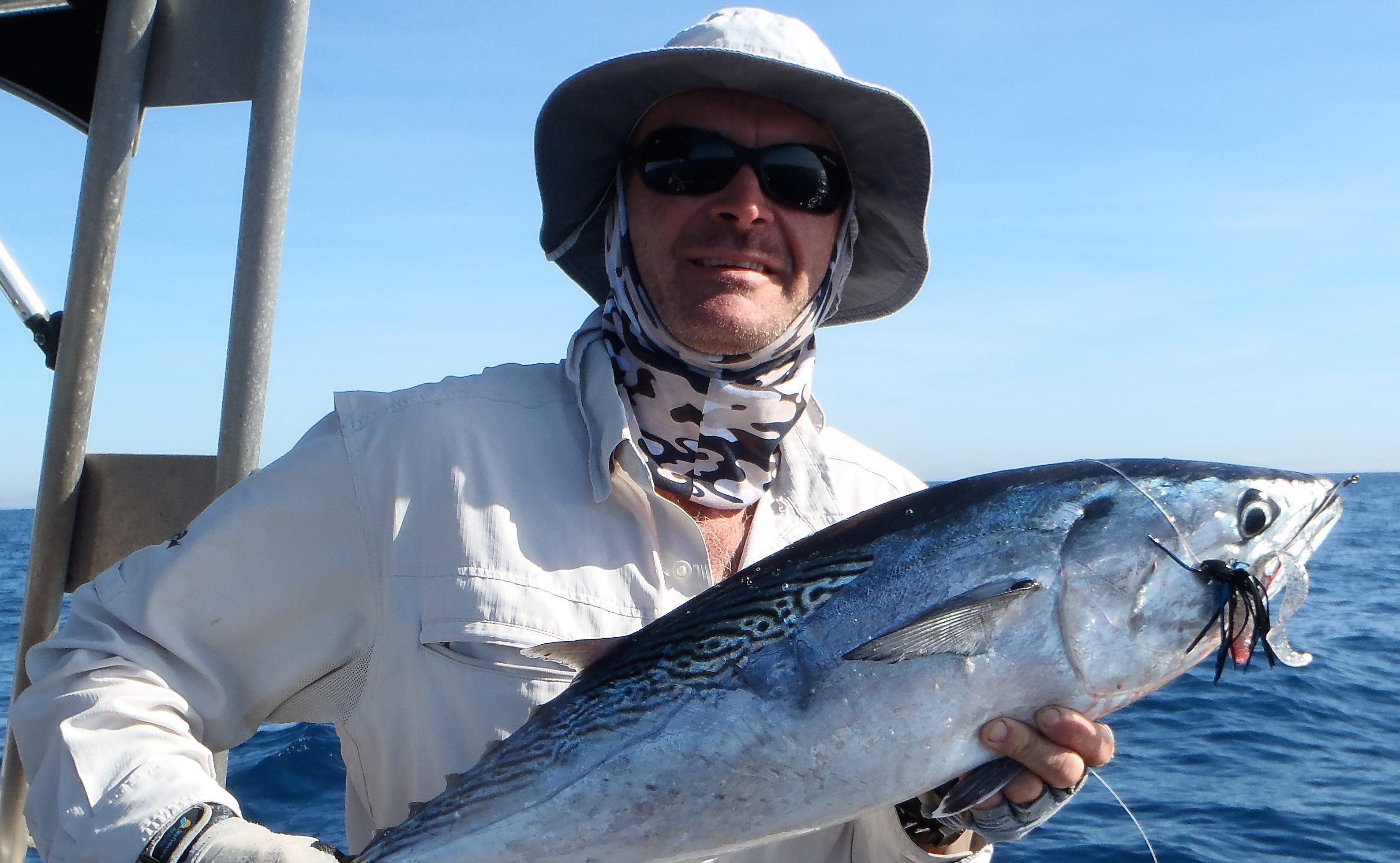 A Blue Seas Tackle Co pro-fisher with some of the company's products. Source: Supplied.

Another small business owner has spoken out about the realities of selling on Amazon Australia, with fishing goods business Blue Seas Tackle Co leaving the platform last week after experiencing “no sales” over the past two months because its product listings were being drowned out by overseas sellers.

Neil Adams tells SmartCompany he started the tackle and fishing goods business two years ago and the company saw early success on platforms like eBay, where for $30 a month it has seen big sales growth and upwards of $1000 in orders a month.

Adams says the business “stuck our hands up” and asked to sell on Amazon Marketplace ahead of the company’s Australian launch last year. The business came on as a “foundational seller”, which included three months of free selling on the platform.

The company saw some orders over the Christmas period, but during the past two months, Adams says the business has not made a single sale.

“Basically since the fees and charges went to full schedule, not a thing. No sales,” he says.

Blue Seas Tackle Co had around 280 items listed for sale on Marketplace, but Adams says a big problem for the business was people actually being able to find them. Not only did the brand see “very little” traffic to its individual pages overall, when the company tried to search for its own products, those of overseas sellers would take up the first few pages of results.

“From a regionalisation thing it looks as though “Amazon AU” has been put into an “Amazon Asia” category,” Adams suggests.

He says he has seen several vendors on Amazon Australia that operate from China and which he has seen operating on Alibaba’s Ali-Express platform.

Adams and his team believe it doesn’t make sense that some of their top-selling products, like fisherman’s bandannas, have not sold a single unit on Amazon Australia despite being one-of-a-kind products in the local market.

“Even though we’re paying around $55 a month and high sales commissions, we were just so far down the list of sellers,” Adams says.

The business logged off Amazon Australia on Friday, with Adams saying even the process of discontinuing one’s Marketplace account was a challenge.

He says in response, Amazon customer service said the local Marketplace was a new site in Australia and asked the company to bear with it through this introductory phase.

However, Adams says he doesn’t believe the retail giant’s argument that it’s just getting started, suggesting that the company has always acted with a broader strategy in mind.

“It’s not as though they haven’t got investment capital — so that’s really where it bites,” he says.

Instead, he believes it’s possible that vendors from China have been offered a good deal to list on Amazon Marketplace Australia.

“It is starting to look like whatever deal they have been offered, it’s essentially becoming an Amazon China site,” he says.

SmartCompany has contacted Amazon for comment on both the presence of international sellers on the local Marketplace site, as well as support processes for local sellers who are struggling to see visitor traffic. The retailer did not provide comment prior to publication.

Retail experts have consistently told SmartCompany that Amazon Australia will play its own game on both product rollouts and rankings.

Earlier this month, retail consultant John Batistich said any sellers that came onto the platform at the very beginning “will be disappointed”.

The company launched with breadth in mind, not depth of success on a case-by-case basis, and Batistich believes the company’s priority is getting its Prime service ready for launch.

Small business vendors may not be seeing any results so far from selling on Amazon Australia, but the retail giant always intended to build a slow burn by rolling out its trademark services, he said.

I don’t know about Amazon Australia, EBay overseas sellers (China, Malaysia, Singapore, etc) are listing their products as if they are located in Chullora in Sydney, and put 3 week delivery times. When you search for a local supplier, you don’t look at the delivery date for a local (3km) purchase. Item gets delivered after 3 weeks and Ebay does nothing. False advertising!!!!