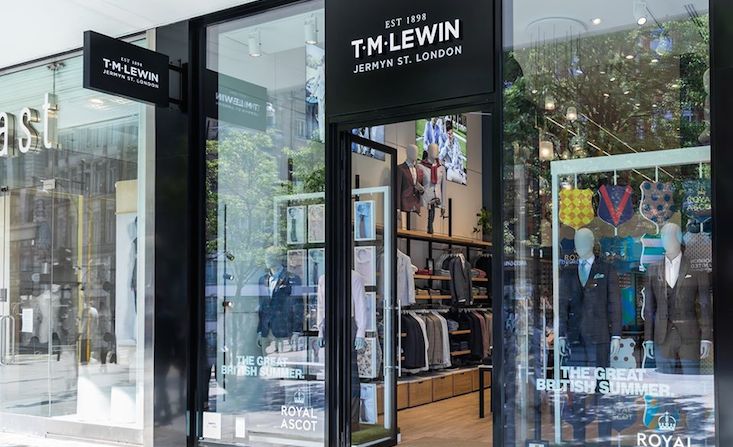 A T.M. Lewin store in the UK. Source: Facebook

The formal wear chain, which appointed administrators from Ernest & Young earlier this month, owes about 70 creditors approximately $10 million – 86% of which is tied to its UK-based parent, owned by private equity firm Torque brands.

T.M. Lewin Australia’s five stores have been closed since March due to the COVID-19 pandemic, but the company’s 40 workers remain employed and are receiving JobKeeper payments, administrators said.

A first meeting of creditors confirmed EY’s Colby O’Brien, Stewart McCallum and Adam Nikitins as administrators on Monday, amid plans to potentially re-open stores in Brisbane and Sydney to clear stock.

A “number of unsolicited approaches” have already been made ahead of a formal sale process, but administrators declined to clarify the number or type of those approaches.

What drove T.M. Lewin to the retail ICU? A mix of factors, administrators say, including declining CBD foot traffic due to the coronavirus crisis locally, and the collapse of T.M. Lewin in the UK several months ago.

“Different parts of the retail sector are performing differently during COVID, and have been impacted differently by COVID,” EY partner Stewart McCallum said in a statement.

“In T.M. Lewin Australia’s case, the reduction in foot traffic in the CBD – as a result of significantly increased working from home – had a material negative impact on the business.”

The company’s UK parent closed its 66 stores in March and later laid off 600 workers in a pre-pack administration deal in late June.

That deal saw Torque brands buy back the business through its London-based subsidiary SCP, after originally purchasing the company from Bain Capital in May.

Administrators for T.M. Lewin Australia did not say whether Torque Brands is interested in purchasing the local business.

T.M. Lewin Australia is just the latest retail business to fall on tough times amid the coronavirus outbreak, with the likes of Seafolly, G-Star Raw, Tigerlily and ASX-listed PAS Group also restructuring in recent months.