Small businesses in regional towns are riding stronger growth compared to their metro counterparts, after people flocked to the country throughout the pandemic to avoid city-wide lockdowns.

Payments fintech Square has sifted through data from millions of small business transactions and surveys to compare how businesses have been faring since the start of the pandemic with the same period before March 2020.

The fintech revealed the results in its State of Regional Business Report, which shows strong sales in Goondiwindi, Palmview and Tamborine Mountain helped regional Queensland lead the nation on growth. In fact, transactions were up 260% in Goondiwindi compared to before the pandemic.

It’s a trend being seen across the country, with Square’s customers in regional Australia processing an average of 259% more in payments since 2019. In contrast, transactions are up by 178% in Square’s metro-based businesses customers.

The following towns that experienced the biggest jump in transactions were:

Commenting on the report, head of business development at Square Australia Colin Birney said the last two years have shown the entrepreneurial and adaptive best of Aussie businesses.

“Our regions have been particularly savvy and turned to technology to help them adapt and enable continued growth,” he said. 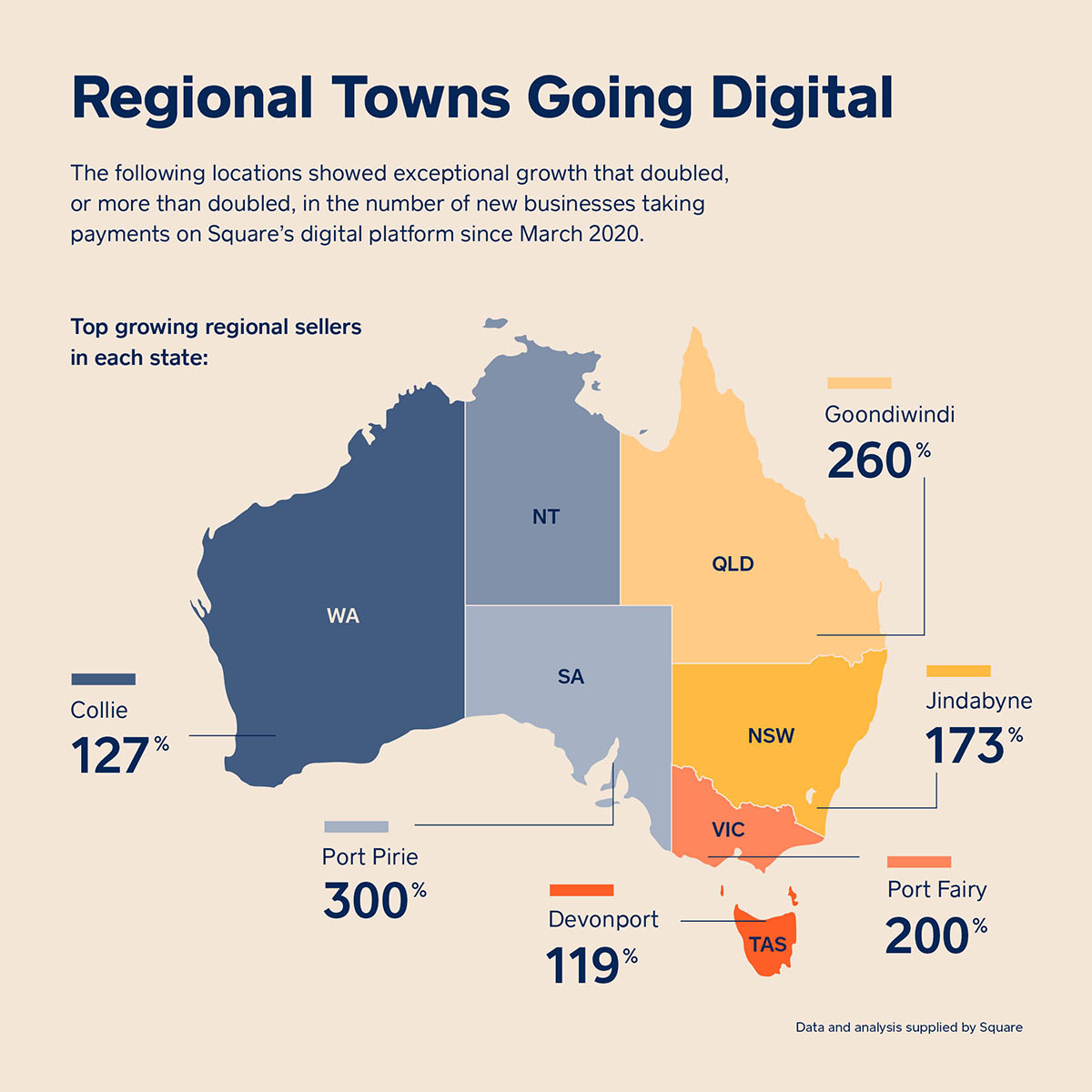 Square didn’t only crunch numbers linked to transactions processed via its terminals, it also measured new business sign-ups to figure out where Australians are starting new ventures.

The biggest jump in new business signs-ups occurred in the small South Australian town of Port Pirie, which experienced a 300% increase in the number of businesses taking payments on Square’s platform compared to before March 2020.

This trend is backed up by ABS figures, which show a 15.8% jump in registrations for small businesses in the last financial year.

According to Square, the increase in Australians starting their own businesses has been driven by the desire for freedom, with nearly 70% of survey respondents saying this was their biggest driver, followed by 55% saying they wanted to be their own boss.

Claire Hewson, owner of the craft brewery Flamin Galah, is one of many Australians who established a business at the height of a pandemic.

The brewery, which is based in Huskisson near Jervis Bay, opened its doors in March 2020, at the outset of the COVID-19 crisis in Australia.

Henson and her co-founder and husband Sam Hewson kept the business afloat throughout the nation-wide lockdown and enduring restrictions, which Claire said was largely thanks to the support from locals.

“We aren’t looking to take over the world just yet, and will stay local for the time being and give our locals and regulars the first taste of our new products or ideas,” she said. 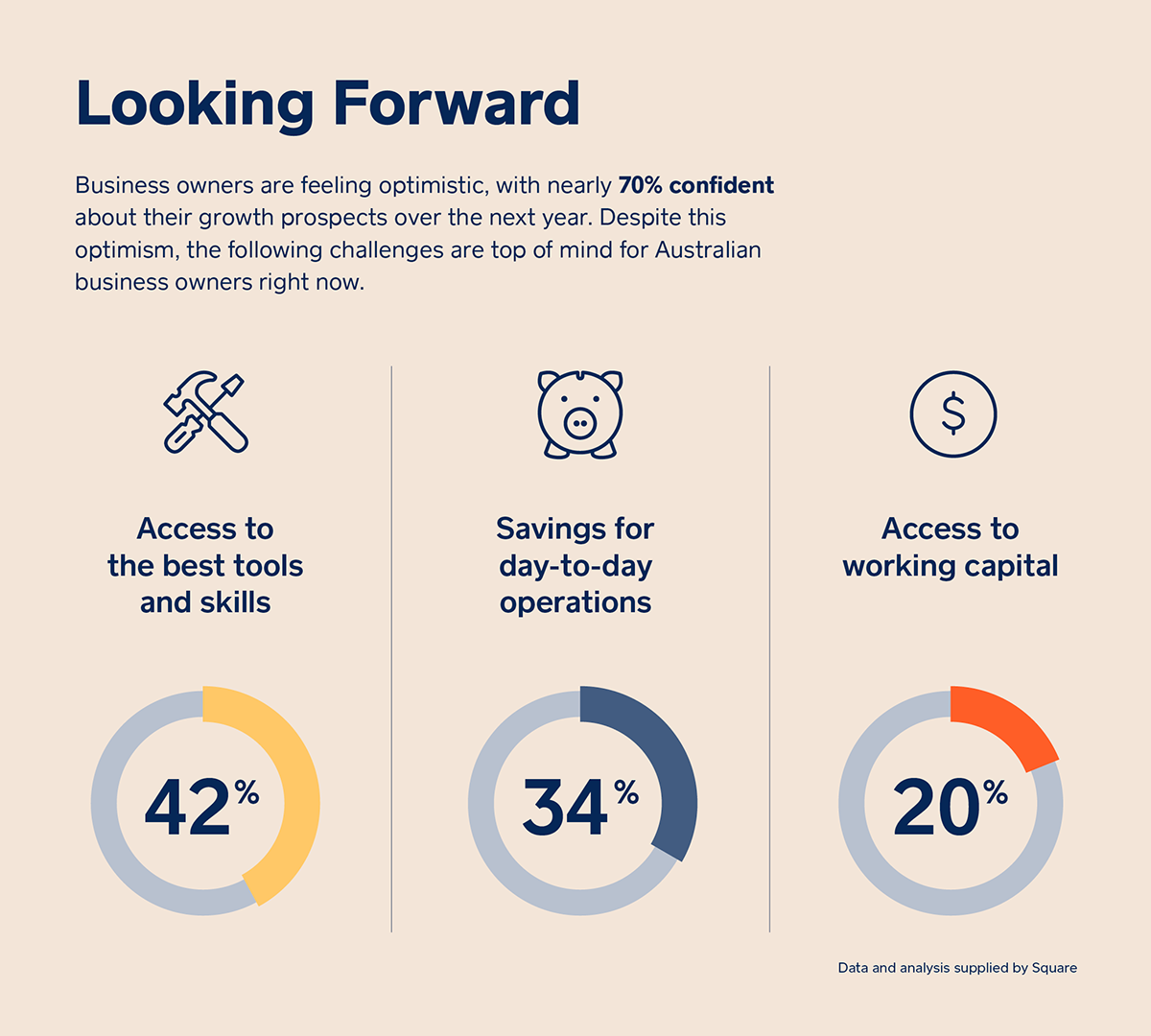 As Orange, NSW adjusts to lockdown, this winery says regional businesses are the forgotten victims

Adjusting to the lockdown in Orange, NSW is regional business Printhie Wines, which says lockdowns are the biggest threat to regional tourism success.

For women entrepreneurs in regional Australia, connection — with their local communities and with each other — has never been more important.