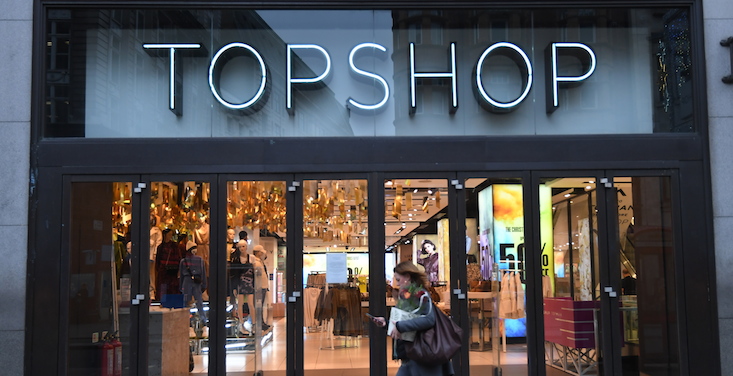 Fashion retailer Topshop and its sister brands have fallen into administration in the UK, after sales across the parent company Arcadia were “severely impacted” by the coronavirus pandemic.

On Monday evening in the UK, the retail group confirmed it has appointed administrators from Deloitte, after multiple media outlets reported the group was on the brink of collapse.

According to the BBC, the collapse puts 13,000 jobs at risk, although Arcadia said in a statement there would not be immediate redundancies.

More than 9,000 of these employees are currently on furlough, amid the coronavirus restrictions in place across the UK.

Arcadia operates 444 retail stores in the UK and 22 in other countries. The stores will continue to trade and the administrators have confirmed all Black Friday sales from the weekend will be honoured.

The administrators will now be looking for a potential buyer for the group, or multiple buyers for the individual brands.

In a statement, Arcadia chief executive Ian Grabiner said the pandemic and forced closure of many of the group’s stores “severely impacted on trading across all of our brands”.

“Throughout this immensely challenging time our priority has been to protect jobs and preserve the financial stability of the group, in the hope that we could ride out the pandemic and come out fighting on the other side,” he said.

“Ultimately, however, in the face of the most difficult trading conditions we have ever experienced, the obstacles we encountered were far too severe.”

Green and Arcadia management had reportedly been seeking to raise £30 million ($54 million) as a lifeline to keep the group afloat, however, on Monday, the group turned down the offer of a £50 million emergency loan from the Fraser Group, a retail chain owned by businessman Mike Ashley.

Arcadia previously operated a number of Topshop stores in Australia, after it took control of the brand’s Australian franchise following its collapse in 2017.

Retailer Hilton Seskin brought the brand to Australia in 2011 and quickly grew the local franchise to nine stores and 17 concessions in Myer stores.

However, administrators were appointed the chain six years later, with one analyst suggesting at the time that the fast-fashion retailer arrived on Australian stores too late, and struggled with differentiating itself from competitors from the very start.

The last Australian Topshop store in Sydney closed in March this year.

Shoe retailer Zomp to close after almost 50 years in business

Popular women's shoe retailer Zomp will close its doors in the coming weeks after almost 50 years in business.