Toys R Us staff accused of reselling Hatchimal toy: When retailers are caught off guard by “on trend” products 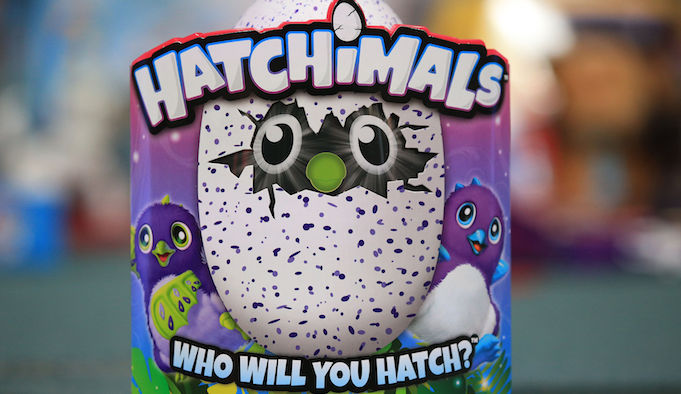 Employees at toy retailer Toys R Us staff have been accused of purchasing and reselling a popular Christmas item before the toys hit shelves, as retailers everywhere struggle to keep up with holiday demand.

“Why is it that Toys R Us Staff are selling the impossible-to-get toy of the year, Hatchimals, on eBay and Gumtree for highly inflated prices? I’m all for staff getting first option to purchase but buying multiple of them for the sheer purpose of making a profit is disgusting,” Rogers wrote on Facebook.

In a response to a comment writer on the post, Rogers clarified she had rung one Hatchimal reseller and asked about where the seller bought the toys. The seller reportedly said she is an employee of Toys R Us.

Hatchimals are widely regarded as the “must have” toy of 2016. The toy is an egg that “hatches” an unknown plush animal in a variety of styles and species.

The toy retails in Australia for $79, but its immense and sudden popularity caused it to sell out in stores nationwide. This in turn has led to many opportunistic shoppers reselling the toys on marketplaces like Gumtree or eBay.

Buying the toy today from a reseller on somewhere like eBay would set you back around $130-150 dollars, but demand in early December sent prices skyrocketing up to $500. Toys R Us are currently out of stock of the popular item; the retailer advised one customer on Facebook that it would not be getting more stock until February.

Toys R Us replied to Rogers’ Facebook post by saying the retailer is investigating the claims of staff reselling, but said the company “can’t control what happens with stock once purchased”.

Gary Mortimer, retail expert at Queensland University School of Business, told SmartCompany many retailers can be totally unprepared for products that go suddenly “on trend”.

“With products that come on trend quickly, the challenge retailers face is that it’s very difficult to know if the product is going to work in the marketplace,” Mortimer says.

“Retailers are buying eight months in advance when it comes to Christmas, and they’re doing this with very little knowledge of what will and won’t succeed.”

Mortimer says although retailers may purchase what they think will be sufficient stock, sudden popularity can see stock sold out in a matter of weeks.

“Historically it happens quite often. We’ve seen it with Teletubbies, Pokémon, and more recently Furby and Elmo toys,” he says.

“Suppliers also can get caught off guard, and when orders are coming in globally they’re going to put more priority on big UK retailers over Australian ones,” Mortimer says.

“This means there’s less inventory available in Australia, and it paves the way for opportunistic behaviour like this.”

Mortimer believes “most reputable retailers” would have policies in place against reselling occurring among employees, calling these claims “isolated incidents”.

However, for retailers looking to keep customers happy and stock lists healthy, imposing purchasing limits for all shoppers can be a viable strategy.

“We often see limits imposed in food retailing, with retailers labelling sales as retail amounts only,” he says.

“Limiting quantities can work but in my experience, [it] is challenging to police. You can’t stop three or four families members all coming in and buying two each if they really want them.”

SmartCompany contacted Toys R Us but did not receive a response prior to publication.

I thought this was a free enterprise system? Maybe the toy was for her because me thinks she needs to grow up.

If you know how much something is worth/ retails for, why would you pay double or triple the price? Especially from a re-seller let alone complain about it. Besides, its only a toy, here today replaced tomorrow. You would literally need to be desperate to pay anymore than what it’s worth. Vintage, Antique I can understand but a novelty toy? Lol..

What I find interesting is that Rogers has gone to engage in a capitalist practice of purchasing from a business and then complaining when other people are behaving in a capitalist fashion themselves.