Training together to swim against the retail tide 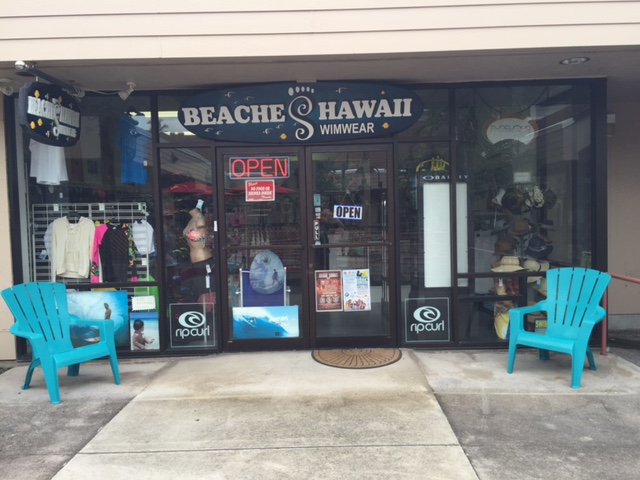 Tank Stream Design is an Australian company that designs, makes and sells hats. It was founded in 15 years ago on the Gold Coast and it’s a small company with about 50 staff. But it has a reputation and footprint that is way above its size, distributing its branded headwear products in Australia and internationally. Its best-known brand is probably Kooringal.

I’ve been traveling internationally for most of the last month, whilst staying in touch with business, and the federal budget, in Australia. One of my store visits included dropping in to a store in Hawaii owned by a lady called Terri. Terri’s shop is called Beaches Swimwear and it’s in Kailua Kona in Hawaii.

Like many people our Australian Budget was aimed at, she started life employed as a graduate scientist and now owns a swimwear shop. That’s what life does to us. It often delivers us into the workforce with a specialist vocational set of skills to be bought by a large organisation, such as a corporation or a government agency. Later in life our skill sets are no longer needed or can be replaced more cheaply. It’s not a judgmental statement, just a normal fact for 70% of employees. And so we find ourselves working for ourselves. And due to the size of the retail industry, many of us go into retail.

Terri’s story is not unique. She landed in Hawaii having lived in San Francisco and Alaska, and with no call for her scientific skills, she looked around and saw that most people in Hawaii, locals or tourists, wore beach wear. So she took her $15,000 in savings, signed a lease and ordered her first batch of bikinis.

As a new retail customer she was a COD customer: Cash On Delivery. She tells the story of the UPS man arriving with a tiny box. Her first order of bikinis, which she thought would fill half the store. She remembers handing over her $5,000 bank cheque to the delivery man before being able to take possession of the small box. Opening the box, she thought: “These little tiny things cost $50 each. I’ve just spent my savings on a single rack of bikinis. I’m finished before I’ve started.” Well that was 18 years ago, and Terri and her husband Roland have moved stores several times and are still in business. Neither has ever had any retail training and none of her suppliers’ sales people visit their store or provide training. They are 100% self-taught. Which is sad. Because it shouldn’t be that way.

Retailers need good suppliers in order to survive and grow. And suppliers need good retailers to survive and grow. It’s a symbiotic business relationship. Terri proudly told me that she stocks Kooringal. She tells me that an order placed today on Tank Stream’s website arrives in her store less than a week later, all priced in US dollars and ready for sale. And all the way from the Gold Coast. She buys and sells more of their hats than any other headwear in her shop. However, none of her suppliers, not Kooringal, Roxy or Body Glove, has ever taught her how to display, promote or assist shoppers to buy their products in her store.

So I logged her onto Udemy.com and gave her a free copy of the course “How to bring more shoppers into your retail store.” More than 1,000 retailers’ and manufacturers’ sales reps have now taken the course. But it’s her first EVER retail training course.

The federal budget was designed to create a framework to allow more of us to work for ourselves. It’s a good start. But we need more tangible support to ensure that those who do start their own businesses, in retail or as a manufacturer selling into retail, can still be around in 15 or 18 years’ time.