Trump slams Nordstrom for dropping his daughter’s fashion line: How should your business interact with politics? 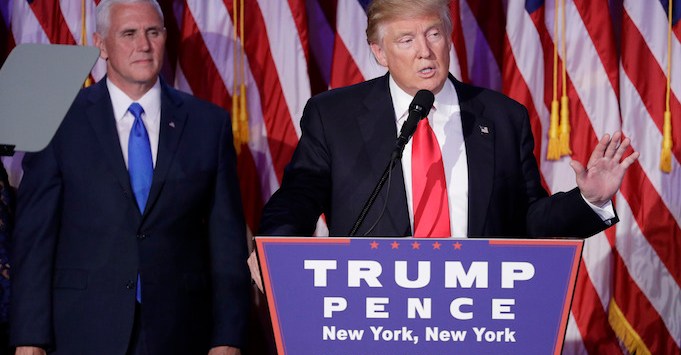 Newly-elected US President Donald Trump is no stranger to publicly expressing his displeasure, and this time US retailer Nordstrom is in his crosshairs.

“My daughter Ivanka has been treated so unfairly by @Nordstrom. She is a great person — always pushing me to do the right thing! Terrible!” the 45th President of the United States tweeted.

Read more: Australian entrepreneurs have their say on what President Trump means for business

My daughter Ivanka has been treated so unfairly by @Nordstrom. She is a great person — always pushing me to do the right thing! Terrible!

Trump also retweeted the statement through the official “POTUS” Twitter account, which has 15 million followers. Trump himself has over 24 million.

Nordstrom had announced a week prior it would be ending its relationship with Ivanka Trump’s clothing range due to poor sales, with a spokesperson telling SmartCompany the decision was based on performance.

“To reiterate what we’ve already shared when asked, we made this decision based on performance,” the spokesperson said.

“Over the past year, and particularly in the last half of 2016, sales of the brand have steadily declined to the point where it didn’t make good business sense for us to continue with the line for now. We’ve had a great relationship with the Ivanka Trump team.”

Consumers’ response to the news has been widespread and varied, with many taking to Twitter and Facebook to declare their support, or disdain, for Nordstrom’s decision.

“@realDonaldTrump I’ve lost track of how many you’ve accused of treating you “unfairly” but @Nordstrom should wear it as a badge of honor,” one Twitter user said.

@Nordstrom @jimmychoo Go Nordstrom, good for you getting rid of #ivankatrumps line, I’m sure nobody was buying them anyway, pieces of junk

Users on Facebook were not so supportive, with many questioning the brand’s decision to drop the products, labelling it a “political move”.

“Please tell me that you are not becoming political. If I find out that you are actually dropping Ivanka’s clothing line then you have lost a customer,” one customer wrote.

“I think in deciding to no longer stock Ivanka Trumps brand Nordstrom knew they were going to appease many and also anger others,” Matejic told SmartCompany.

“I think long term they made the right decision as the Trump brand is continuously in crisis mode; particularly given the lack of delineation between the Presidents business and official duties being very blurred.”

Matejic expects more brands to follow Nordstrom’s example, believing they will want to remove themselves from the “grey political/business zone”.

A number of prominent US businesses have hit the headlines due to interactions with President Trump, including aircraft manufacturers Boeing and Lockheed Martin.

Based on the tremendous cost and cost overruns of the Lockheed Martin F-35, I have asked Boeing to price-out a comparable F-18 Super Hornet!

Additionally, Trump has entertained a continued crusade against US media company the New York Times, as he believes the publication to be falsely reporting on him.

The failing @nytimes writes total fiction concerning me. They have gotten it wrong for two years, and now are making up stories & sources!

Despite this, the company has seen success in the past months, gaining 276,000 new subscribers in the last three months of 2016, reports Quartz.

Other companies have seen opportunities after they have been referenced by members of the Trump administration, like when it was revealed that White House press secretary Sean Spicer once waged a war against ice cream brand Dippin’ Dots.

Spicer posted a number of tweets in 2011, criticising the brand.

Seeing an opportunity, the company issued a humorous open letter to Spicer, inviting him and White House staff to an ice cream social.

“Dear Sean, we understand that ice cream is a serious matter. And running out of your favorite flavor can feel like a national emergency!” the company wrote in the letter.

“We’ve seen your tweets and would like to be friends rather than foes. After all, we believe in connecting the dots.”

When it comes to interacting with governments, Matejic advises brands to establish a defined partnership, rather than being brought into politics unwillingly.

“Brands should carefully consider how they engage with Governments officially as a strategy – rather than be drafted into the political sphere unwillingly by association,” she says.