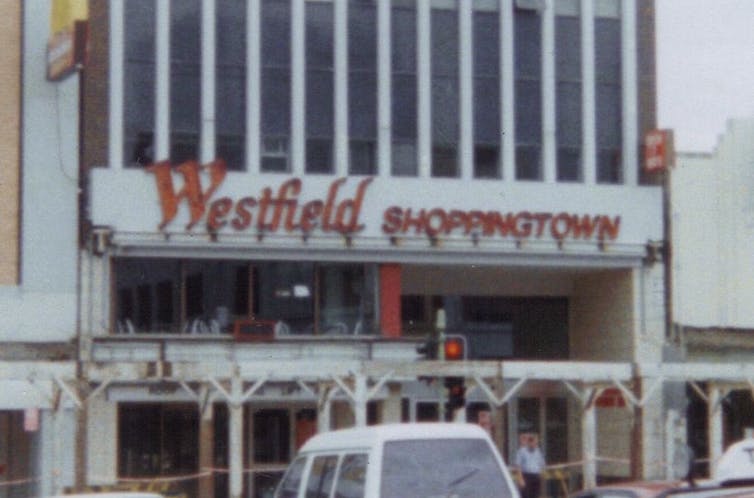 The sale of Westfield to the French property firm Unibail-Rodamco draws to a close (with a $32 billion reward) one of Australia’s greatest business success stories. But it also shows where Australian retail could be headed next.

Westfield has been at the heart of Australian retail innovation and development since Frank Lowy and Jeno Schwarcz (later John Saunders) formed a partnership in the mid-1950s. Both holocaust survivors, they arrived in Australia with next to nothing and built an empire.

The early history of the firm is covered in Jill Margo’s biography of Lowy and Westfield’s own company history. After operating a delicatessen in Blacktown in Sydney’s Western suburbs, the pair moved into residential and then retail property development, opening a small “American style” shopping centre in Blacktown, on July 2, 1959.

Westfield Place was one of the first shopping centres to open in Australia and was reflective of transformative changes occurring in retail at the time. Rapid growth in car ownership, and support for home ownership by both sides of politics brought a massive demographic shift as Australians flocked to the suburbs.

This upended established retail geographies. City department stores had to open suburban branches to survive. At the same time, Coles and Woolworths, which began as variety store chains, were moving into food retailing by buying up traditional grocery chains.

These retail firms required sites in the suburbs big enough to house modern stores. They also needed space for parking. In America, similar trends had seen the emergence of a new retail form, the shopping centre.

The rise of the shopping centre

Shopping centres solved the problem of traffic congestion that was beginning to plague suburban high streets and offered a social space for people to congregate. These centres also provided a curated mix of shops that could be shaped to meet market needs, and facilitated the expansion of retail chains. Air conditioning added to their appeal.

Westfield was but one of numerous small developers seizing opportunities in a rapidly changing market. But from very early on the firm had higher ambitions.

By retaining the centres it built in an investment portfolio, Westfield obtained cash flow, security for finance, and assets that could be upgraded through expansion and redevelopment.

The other major early developers were retailers themselves. Department store firms like Myer, Grace Bros, Boans and David Jones played an important role in establishing large-scale shopping centres in Australia, and the supermarkets were also heavily involved in development. Over time, though, specialist developers, managers and landlords like Westfield and Lend Lease became the dominant players.

These firms proved highly adept at incorporating new retail models and entertainment formats into shopping centres: discount department stores in the 1970s; food courts and cinemas in the late-1980s; category killers in the 1990s; the recent shift to include more services and restaurants.

Retail, though, is about access to goods. Shopping centres were an innovation in the middle of the last century that proved superior to other forms of distribution. Online retailing is proving similarly disruptive.

Where to from here for shopping centres?

The growth of online shopping means that many physical retailers as well as consumers, are no longer solely dependent on shopping centres and malls. This has resulted in the closure of many of the traditional anchor stores in large shopping centres.

Most obviously, department stores are suffering a prolonged and rather painful decline. In response, David Jones and UK retailer Debenhams are rethinking their store format strategy and opening smaller, more carefully curated boutique stores in affluent suburbs. Touted as the future of Australian retailing, these smaller formats do not rely on being located in shopping malls.

Clearly, shopping centres cannot compete with the huge product range and convenience of online shopping. But these centres are well-positioned to appeal to consumers by offering experiences and services that cannot be replicated online.

In the future we will see much more effort devoted to attracting shoppers to malls through a mix of leisure and entertainment options.

Australian centres will increasingly replicate malls in the UK, USA, Asia and Latin America. In addition to the various up-scale dining options and cinema complexes that are already part of Australian centres, many international malls feature concert venues, fitness clubs and day spas, art centres, galleries and even farmers markets.

Shopping centres are also trying to attract families to visit and spend more time in centres. To encourage this they are installing infrastructure and activities designed to appeal to parents and children such as the huge Legoland amusement park housed in the Chadstone Shopping Centre in Melbourne.

Some malls are also attempting to recreate a village feel through moving away from just shopping to using the public space in their centres, focusing on community activities such as libraries.

Although Australian centres will still continue to try and attract anchor tenants to drive foot traffic, we will see much more emphasis on new modes of retailing including pop up stores, more small and independent stores as well as kiosks to increase the diversity of the offering and give customers more reasons to visit the mall. Westfield even changed the name of its casual leasing division to “pop-up department” to appeal to a new cohort of retailers and shoppers.

To address the digital disruption that is impacting on traditional retail, malls and centres will harness technology to assist shoppers during their visit. This will include sensor technology for parking cars, augmented reality for guiding shoppers through centres and locating stores and face recognition technology for providing customised offers and promotions as part of the shopping mall experience.

They key to future success for shopping centres will be in offering shoppers unique services and experiences that give them a reason to get off the internet and back into the mall.

There are few Australians alive with a better understanding of retail that Frank, Peter and Steven Lowy. The fact that they are moving out of physical store development to invest in innovative retail technology and big data should be of significant interest to those pondering the future direction of retail in this country.