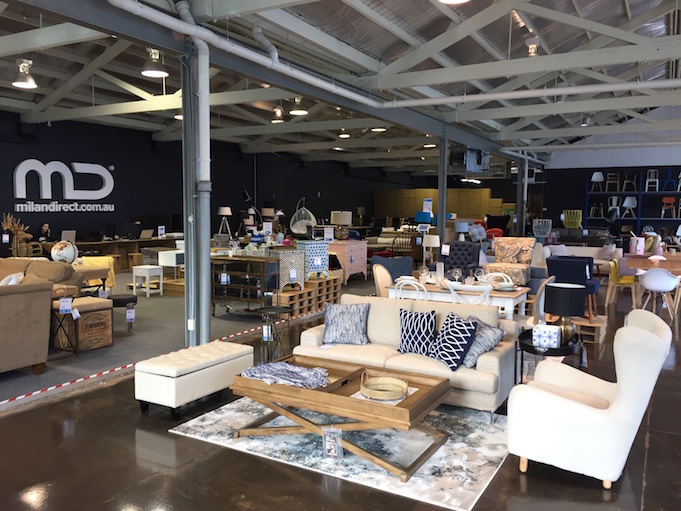 One of Australia’s largest online furniture retailers has opened a bricks-and-mortar store for the first time.

Milan Direct, which was founded in 2006 and bought by online retail giant Temple & Webster last year, has opened a showroom in the inner-Melbourne suburb of Richmond.

Milan Direct co-founder Dean Ramler told SmartCompany the business decided to expand into bricks-and-mortar retailing in order to snap up new customers and throw down a “challenge” to companies such as Freedom Furniture and Harvey Norman.

“But for us, it’s also about educating customers about our online offering.”

The Richmond showroom is a temporary pop-up store but Milan Direct, which turned over around $20 million last financial year, is looking for long-term leases in both Melbourne and Sydney for other physical outlets.

Milan Direct has around 15,000 products on its website, but the retailer can only fit up to 400 products in its new showroom.

To get around this dilemma, Milan Direct has placed iPads around its physical store so if customers like one product, they can browse online for other styles and brands.

“Retail is all about being where your customers are when they’re ready to make a purchase,” Ramler says.

The challenges of going from online to bricks-and-mortar

Milan Direct’s Richmond store has been open for a few weeks and in that time Ramler says one of the key difficulties was selecting which products were best for the showroom.

Another major hurdle was training staff for the showroom floor, a task entirely different to online customer service.

“That’s been one of the biggest challenges,” Ramler says.

“Finding good people is always hard. But we’ve been lucky because the Milan Direct team is fantastic … we’ve been training the entire team, a few each day, in the showroom. And through that we’re finding who’s best at interacting face-to-face.”

Advice for other online retailers thinking of opening a physical store

Ramler says his number one tip for online retailers wanting to dip their toe into bricks-and-mortar retailing is to “just do it”.

“Online penetration keeps growing each year, but there are certain people who prefer not to shop online and prefer to touch and feel the product,” he says.

“We were missing out on those customers, but now we’re not.

“So I expect to see many more Milan Direct stores popping up around the country once we master the first one.”