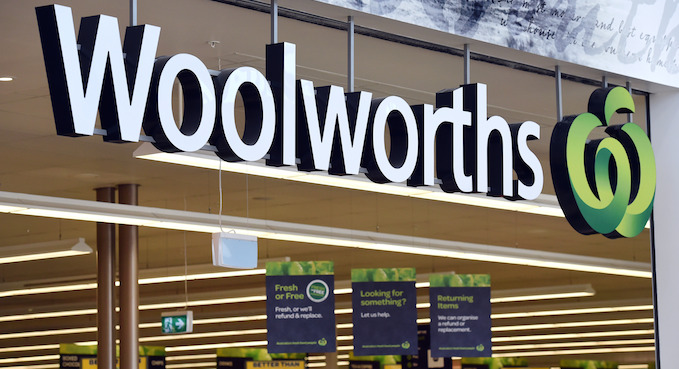 The small business community is furious at the prospect of Woolworths moving towards paying the majority of its suppliers within 60 days, despite the supermarket giant demanding its own debtors cough up cash within a 30-day period.

Woolworths has tasked an internal team with the job of reviewing suppliers still on 30-day contract terms, according to Fairfax.

The retail giant has said the move is to “simplify” its internal processes given a large number of suppliers are already on 60-day terms.

However, Peter Strong, chief executive of the Council of Small Business of Australia, told SmartCompany the changes could mean some Woolworths suppliers will soon have to go an extra month without getting paid.

This kind of disruption to cashflow is highly damaging for any business, but particularly a small business, according to Strong.

“They are using small businesses as their bank,” Strong says.

“This shows their own lack of understanding of the world beyond Woolworths. These are people who need to put food on the table. And it’s putting companies at risk of closure because they can’t pay their bills, even though they’ve done the work.”

Strong says he knows firsthand how stressful it can be when invoices are not paid within a short timeframe.

“It’s extremely stressful [for small business owners] as there’s other people on your back saying ‘where’s my money?’,” Strong says.

“All of a sudden, it goes down the supply chain – but they [Woolworths] don’t seem to care. This is a real problem.”

Woolworths announced in June last year it was signing up to the Food and Grocery Code of Conduct.

The code of conduct states retailers must pay suppliers within a “reasonable” timeframe or a time previously agreed to.

A spokesperson for Woolworths told SmartCompany the supermarket has had 60-day terms for “many years”.

“Sixty-day terms are not new both at Woolworths and in the broader industry,” the spokesperson said.

“We have a number of suppliers who mainly for legacy reasons have different terms. We are always looking to simplify our arrangements so have been negotiating with some suppliers to move to our standard terms.”

My husband has a small business, and I know full well the financial stress this can cause any business, large or small. He had one multinational client some years ago whose terms were 90 days. This (Woolworths) is big business calling the shots and pulling the rug out from under businesses is deeply unethical. If they want to standardise their procedures, why don’t they bring all the payment terms down to 30 days.

A supplier unable to fund the level of accounts receivable necessary to fulfil the ordering volumes consequent upon doing business with major buyers upon their settlement terms is simply under-capitalised. Of course large volume buyers are able to “call the shots” by demanding better settlement terms; ethics has nothing to do with it – they are not running a charity.

You sound like you work in purchasing. Your point is valid, however it simply makes it very tough cash flow wise for small business. And that is the point of this article. We have very little negotiating power – and I’ve signed contracts with large companies that have then changed payment terms throughout the contract. This makes it very tough, but there isn’t much you can do. I’ve had a large mining company with hundreds of thousands over 180 days. I’ve almost gone broke when the business was performing really well because of cashflow.

Every business is totally at liberty to negotiate the best possible terms for settlement of accounts payable which it can obtain from each individual supplier. There is no such thing as an across the board policy applicable to all suppliers. That is what good purchasing policies are all about. Neither is any business obliged to observe any correlation between terms for settlement of its accounts payable and terms for collection of its accounts receivable. To obtain the maximum amount of credit in purchasing settlement terms and to collect receivables as promptly as possible are simply sensible accounting policies and good business practices. To imply otherwise is total nonsense. The inability to provide the extended terms of credit which major retailers are able to demand from suppliers based upon their purchasing volume is merely a factor which necessitates that small suppliers need adequate capitalisation to be able to offer prices attractive to large scale buyers.

I couldnt disgree more strongly. I would be surprised if you were a small business owner, to believe as you do. As a small business, you have very little power. Those with the money have the power in any negotiation. We are continually told that if we want X job, we must accept the client’s terms or they will go elsewhere. This means no work for us. It’s like a set of dominos; it takes only one of our industry to cave in, and the rest will be forced to follow suit or get no business. There is no competitive advantage by having a great product, it all comes down to money.

It’s a cruel world.
Why doesn’t Woolworth’s address it’s core problems which happy to be in grocery industry mainly. This is the desire of number crunchers, so far removed from it’s core existence.
Hopefully Woolworths have easier access to finance than most of their suppliers.
Reduce everyone to 30 days. Create a new group of raving fans which they don’t seem to be able to do currently.
Some of this behaviour reeks of blackmail and financial flexing.
Michael – Compendium

Woolworths not only has declining market share and profitability, they now also have serious cashflow problems.

What many people don’t realise is that organisations such as Woolies, all of the banks, and any other large corporation, don’t have customers. They have clients – that is, the shareholders – and they have the money producing product. That is, you and me. We are part of the product that that organisations use to make money for their clients.

Now, is anybody surprised that Woolworths, and no doubt many more such organisations, would act like this? I’m not.

I would be surprised if Woolworths have a cash flow problem when they are the biggest owner / operator of pokie machines in Australia. This is Just another example of putting their own interests above those of anyone else. why Australians are still buying from these people I will never know.

OK, Woolworths, tell ya what. Next time I buy groceries from you, you can expect payment in 60 days. What? Doesn’t work for you? But you demand this of others. What ever terms you expect are good enough for others. And, the comments by others supporting this charade are pure BS. I contracted to a multinational for a while, and they said we had to “voluntarily accept” (their words) credit terms of 90 days. I said that we could accomodate that, as long as we could invoice them on day 1. You will receive the product when you pay for it. This have held up the project for a bit, but it worked!