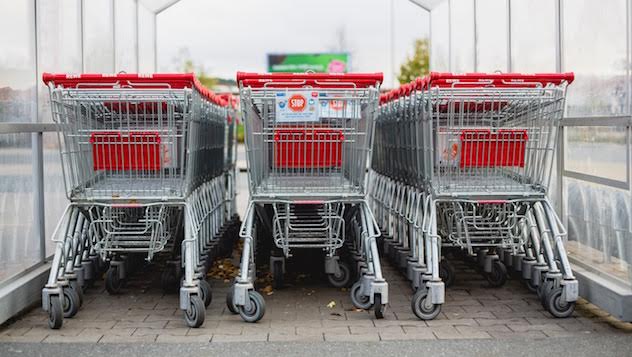 The debacle over the removal of single-use plastic bags from supermarkets has been analysed from a range of different perspectives. Supermarkets have been described as breaking a psychological trust contract with their customers and cynically using environmental concerns to reduce their costs and increase their profits. The push-back by Australian shoppers has been the cause of much amusement and bewildered head-shaking.

But there’s one aspect of people’s resistance to this type of change that has major implications for every environmental initiative in the country. Let’s call it the “yeah-but” mentality.

Yeah-buts know when things are bad for the environment. They know about the dangers of throwaway plastic, whether it be bags, straws or bottles. They know that eating farmed meat, leaving the tap running, and driving cars powered by fossil fuels are not good for the world we live in.

They know this situation is not sustainable and that someone must do something about it. They might even be willing to make an occasional donation to an environmental charity. But ask them to take action themselves, especially if that involves even a low level of inconvenience, and the Yeah-buts sound their call.

Yeah-buts know that farmed meat has a large environmental footprint, but they like the taste, and anyway veggies are only really an accompaniment.

This mentality has significant implications for any organisation attempting to address environmental challenges in Australia, or any other democratic society.

Previous research — such as that into the low take-up of electric cars — has found that consumers can be resistant to eco-friendly innovations in products and behaviour where they perceive that the proposed alternative is more expensive and/or less practical.

A requirement for people to actually put in some effort to acquire new behaviour that helps the environment is almost certainly going to encounter resistance.

How to drive behaviour change

Encouraging people to adopt new behaviours — especially those that involve personal inconvenience — is traditionally done through a “standard learning hierarchy approach”. The first step is to provide people with new knowledge and information on a topic or issue, thus increasing their understanding. As a result they will change the way they feel about the topic, and ultimately change their behaviour to reflect this new understanding and feeling.

For years, organisations have been telling us how bad plastic bags are for the environment. As a result, people have been feeling increasingly negative towards the use of plastic bags. But despite some shoppers changing their ways, many didn’t. Until this month, supermarkets were still supplying millions of single-use bags, and thousands of their customers were still using them.

Then came the prospect of a ban, and the yeah-but excuses began to flow. One shopper told A Current Affair: “It’s just one extra thing (to remember) and invariably as I get older my memory gets worse.”

Clearly the standard learning hierarchy wasn’t working here. The Yeah-buts persisted because their unwillingness to be inconvenienced by the need to provide their own shopping bags triumphed over their knowledge of the harm that plastic bags do. For these people, the inconvenience of forgetting their bags is acute, whereas the guilt over using unnecessary plastic is more vague. So this is where the government stepped in and removed the option of single-use plastic bags altogether.

Under pressure from environmental groups and concerned individuals, governments introduced a legislated ban on single-use plastic bags. This is a different approach to the standard learning hierarchy, which seeks to change people’s perception first, and then their behaviour. Here, people’s behaviour was forcibly altered in the hope that their knowledge and feelings would catch up.

The idea that people will reject an opportunity to acquire a new habit that will bring positive environmental change because it inconveniences them is one that clearly needs more research. It’s hard to think of another example where this inconvenience has resulted from a government mandating the withdrawal of a legal product to benefit the environment.

The case of the plastic bag ban is still being analysed, but could it provoke copycat behaviour by other environmental agencies — lobbying for legislation to force people to take a particular course of action while waiting for them to realise it’s the ‘right’ thing to do and it makes them feel good? It’s an avenue that has been explored by some over many years, with varying degrees of success.

Only time will tell if the use of legislation makes the Yeah-buts’ resistance over the single-use plastic bag futile. If it does seem to work, watch out for a slew of applications from other environmental agencies and charities for similar levels of strong-arm government support.

But those organisations will have to be prepared to weather a severe storm of backlash and negative public sentiment if they think legislation is the way to go. It’s not the governments that will be held liable: just ask Coles and Woolies!

NOW READ: Why this small business owner has seen a 260% increase in sales thanks to the plastic bag ban