NBN upgrade to give 700,000 businesses faster internet at wholesale prices 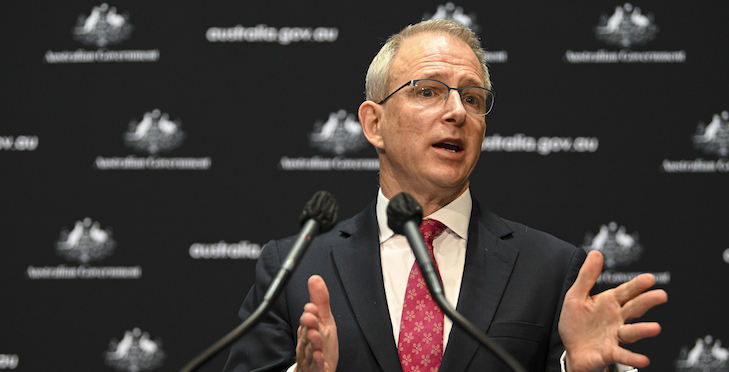 The federal government has today announced a $4.5 billion investment that will give approximately 700,000 businesses access to fibre-to-the-premises internet connections, along with many Australian households.

It is expected these connections will allow access to 1 Gigabit per second (Gbps) broadband by 2023, as preferred to current fibre-to-the-node access available via the National Broadband Network (NBN).

NBN Co said the multibillion-dollar investment will include up to $700 million, to be spent over three years with internet providers, to provide businesses with free fibre optic cabling and offer the NBN Co’s Enterprise Ethernet plan at wholesale rates.

The fibre-to-the-premises connections are expected to be available in 240 ‘Business Fibre Zones’, including 85 regional areas, and will cover more than 700,000 businesses.

Minister for Communications, Cyber Safety and the Arts Paul Fletcher said businesses within an initial 130 zones across regional and metropolitan Australia will be the first to benefit from this investment. This includes 61 of the regional areas.

It was also announced that 14 of the ‘Business Fibre Zones’ will include areas with major hospitals and educational facilities, and 11 of those are included in today’s first release.

Australian Small Business and Family Enterprise Ombudsman (ASBFEO) Kate Carnell believes this is a great outcome for small businesses, particularly for those across rural and regional areas where broadband facilities can be less than adequate.

Speaking to SmartCompany, Carnell said access to faster internet has become critical to business survival during the coronavirus pandemic.

She referenced a recent NBN Co study where 49% of 1,000 respondents said they increased shopping online since COVID lockdowns came into effect, and 70% of those respondents were consciously supporting local business online.

A report based on Xero Small Business Insights data echoes this statement, finding that for businesses with heavy app usage, revenue falls were on average one third smaller, and job losses 40% smaller than other small businesses.

Minister Fletcher also spoke about the increases in internet usage of Australians since 2010, explaining that Australians were using an average of 10GB a month. This increased to 258GB a month in 2019.

“Since last year, [internet usage] has further increased to 300GB a month in 2020,” he said in a statement.

He also cited the importance of video conferencing as one of the biggest needs for Australians now and in the future: “It needs the same speed going up and going down,” he said.

Minister Fletcher said NBN Co received $3.8 billion in revenue last year, and will finance this project with $6.1 billion from private sector debt markets. NBN Co will refinance the $19 million it has borrowed from the Commonwealth.

NBN Co CEO Stephen Rue highlights the immensity of the project ahead: “Broadband went from being a utility to a lifeline. It will remain so after the pandemic has subsided.”

The first 130 ‘Business Fibre Zones’ are listed as follows by NBN Co:

NOW READ: “The future is dire”: Why the NBN will get worse as more people connectNOW READ: COVID-19 has Aussies asking one question… has the NBN got what it takes?

What a load really!?!?!?!?
Since when is Toorak Gardens a business zone.
Should be called FTTRich….