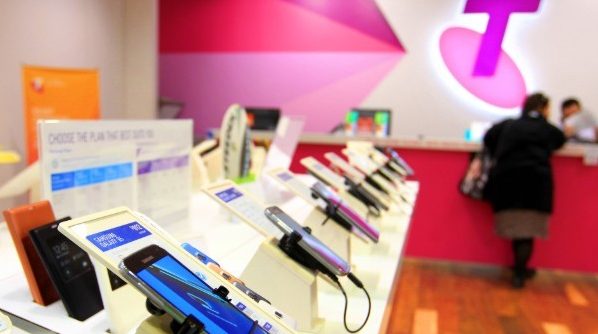 Telstra has issued a grovelling apology to customers after its services were down for the second time in two months.

Millions of Telstra customers were unable to make or receive calls yesterday afternoon, with the telco’s chief executive Andy Penn labelling the outage as unacceptable.

The Telstra boss has promised to give customers a day of free data as compensation.

The latest data blackout follows an severe outage last month, which Telstra says was due to human error.

“One outage is not good enough,” Penn told reporters yesterday, according to Fairfax.

“Two is absolutely unacceptable. All I can do is apologise. On a personal level, I am deeply disappointed and I want to apologise to our customers.”

Gary Bunker, the owner of interface design agency The Fore, told SmartCompany he has been with Telstra for about six years thanks to the scope of its coverage and reliability.

However after yesterday’s outage, Bunker is seriously considering his options.

He had to stay up working until 2am last night, in part to catch up on the work he was unable to do thanks to the outage.

“I’m not too happy about it this morning,” Bunker says.

“We’re a consultancy, so we’re a very people driven business. Our customers contact us when they need us to plug into projects. It’s also a very time driven industry, so if they can’t get hold of me in a short period of time, they will go onto somebody else.”

I’ve long justified staying with @Telstra as a business because of coverage and reliability. Equations being redrawn big-time.

Bunker says his company mobile is the equivalent of a brick and mortar store’s shopfront, and therefore outages have a disastrous impact on his business.

“It’s the equivalent of someone walking up and putting a padlock on your business and saying, I’ll take that off tomorrow,” he says.

“Telstra have always charged a premium. I know I can get quite dramatically lower prices elsewhere… but the reason we pay that premium is the coverage and availability of Telstra. But at the moment, that feels like a false promise.”

Nathan Williams, a new dad who is trying to get an accounting business up and running from home, told SmartCompany he is not too angry with Telstra, but the outage was an inconvenience nonetheless.

“This one wasn’t so bad because of the time of day that it happened, but I’ve got clients calling me all the time,” Williams says.

“I’ve got no idea if someone tried to contact me or there are new clients I’m going to miss out on now because I didn’t take the call. My biggest problem is where I live – a few people I know struggle to get coverage with anyone else. That’s the main reason we’ve always stuck with Telstra. But you sort of can’t keep affording to have your phone dropping off.”

That would explain the poor coverage and lack of cellular data I was experiencing around 6pm Brisbane time while I was on site north of Brisbane. I just put it down to the construction of the data centre I was in which was so noisy anyway it was a pleasure to step outside. Telstra’s ‘5 nines’ reliability is taking a battering. It won’t cause me to leave Telstra.

Gee whizz, Telstra – one day’s FREE data. That’s worth $ 5 at least …
Shows how patronising and out of touch they are.
It’s called “adding insult to injury”.

Amazing that businesses who rely on telecomms, only have, or only advertise, a mobile service. I, when looking for a service, often shy away from those with mobile only numbers because I often see them as too small, evident by trying to find specialist servicemen and being told wait times of up to 3 weeks, also, landlines advertised means they have office staff who likely can answer my questions, I dont have to wait to see *if* some tradie will bother to return my call that evening, or if ever at all – experience shows 50% dont return calls.

Yes, the outage may have been a PITA to some, but it wasnt the end of the world because of time of day, if your business relies only upon mobile voice and mobile data you need to re-evaluate things.

Incidentally north of Brisbane still had mobile service, we are talking Bribie Is – Caboolture – Ningi areas.

Even though I am NOT a fan of Telstra at all (as have Telstra services at home, and appauling service @Castle Hill NSW) , its technology and shit happens. The problem is when there is congestion every day because they diont have the infrastructure. THATS a serious issue, not outages as these things will happen from time to ime. Just unlucky two of them close to each other.

Everyone had a dig at Vodafone a couple of years ago, and I am with them. Great company and do listen and try help when issues. Thats the difference. Not price but care factor.

As Ron says, free data, who cares… it is an insult. What is needed is better infrastructure to existing areas.

What we are seeing is the “cult” of LGBTIQ2A+ where once you are in, you can never leave – Telstra has been caught out and many other businesses/individuals/politicians are going to get caught out too – it’s the “Hotel California” scenario….”You can check-out any time you like, But you can never leave!”.If you back-track from their support….wow!….are you in for it. There’s no love or tolerance then, just plain hateful, malicious blackmail and bullying. We can now start to see the ugly underbelly of the same sex lobby movement! Persecution of all descriptions will follow over the years. Just like how a man who unfortunately got bashed at Newtown and the same sex people instantly want militant homosexuals to come out of the woodwork?….like “Bash Back” in America?…..they take the law in their own hands with out due process – how do they know that it was an attack based on homosexuality?…..sure, the media reports it as such and most likely the media is wrong (as is usually the case). Talk about politicised, emotional reactions without facts. The attack could have been for a thousand other reasons and it just happened that the recipient is a homosexual. I have already seen malicious attacks occurring as a result of false media reporting and so I know first-hand what the gay activists can do.

Btw, the more you create a “special” activity to help a “different group” of people, the more different they become because they have to have “special” help – it is circular reasoning and works against itself. It creates “perpetual victim-hood”. For example, when I was a child, I remember a group of children leaving out another child from their group (as children do from time-to-time) and so an adult stepped in to help out by telling/suggesting that the group include the other child. This just made the other child look more different from the rest because an adult had to step in to help him (when no adults had to step in for any of the other children), and so the child felt more left out and the the child himself got upset with the adult for exacerbating his situation. The adult thought they were doing something helpful, but just made the problem worse for the child. If the adult had just made a generalisation to ALL the children that they need to be inclusive without identifying any one child or drawing attention to any specific issue, then the group of children would apply the teaching to their circumstances by including the other child…..and the other child wouldn’t feel different from the rest (thereby maintaining his self-respect and normality). So in the case of the “Safe Schools” program, the more that the LGBTIQAPX people get “special” attention, the more different they look. In stead of being a genuine anti-bullying program that teaches anti-bullying across ALL issues, it focuses on one group thereby exacerbating their plight. Talk about a massive back-fire….and it’s not just with “safe Schools”, they look more different and unnatural the more that the same sex lobby group tries to “help” them. There are also gay-only groups that teach people how to have gay relationships, gay sex, etc….so much for homosexuality being “normal/natural” if you have to be taught it….and it is discrimination to make the group a gay-only group (oh….that’s right…..discrimination and abuse only works one way, the heterosexuals have to cop it).