Telstra’s Andy Penn’s shock retirement: The highs and lows of his seven-year tenure 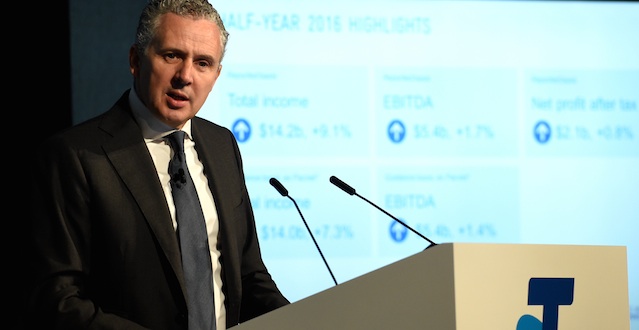 Telstra CEO Andrew Penn will retire after seven years in the top job, the telco has announced, with chief financial officer (CFO) Vicki Brady to take the reins in September.

Penn joined as CFO himself in 2012, and led the company through what it described as a time of “significant change” — not all of it good.

“In recent years, not only has Andy ensured the successful delivery of our T22 commitments, he has provided leadership at what has truly been an extraordinary time as we have navigated both as a company and a nation through the challenges of the pandemic,” Telstra chairman John Mullen said in a statement.

Before joining the telco giant, Penn spent 23 years at the AXA Group — one of the world’s largest insurance and investment groups — where he fulfilled roles like chief executive Australia & New Zealand, group CFO, head of transformation programme, and chief executive international.

Penn’s illustrious career spanning telecommunications, financial services and shipping hit a high note when he was awarded the Insurance Executive of the Year in the Australian Banking and Finance Awards in 2008.

When Penn took the top job at Telstra in May 2015, the share price was $6.50 and investors were riding high following the era of former CEO David Thodey, who admitted he had benefited from a strong tailwind from his predecessor Sol Trujillo.

An attractive $1 billion joint venture with Philippine conglomerate San Miguel Corporation ended in a stalemate in 2016, when unresolved issues saw the opportunity to shake up the country’s telco market fall flat.

“We realise this is a material reduction from the historic level of our dividend and we do not underestimate the impact on our shareholders,” Penn said at the time.

By 2018, the company’s declining share price hit a seven-year low, and 8000 jobs were slashed as part of the T22 strategy announced in June of that year.

The company poured $3 billion into drastically slashing costs and bureaucracy from operations, fixing its balance sheet, improving levels of digitisation and shifting to a more agile workplace framework.

But another public setback hit the headlines last year when Telstra was slapped with a $50 million fine after the Federal Court found it had mistreated Indigenous customers in rural and remote communities.

The telco admitted to the Australian Competition and Consumer Commission (ACCC) it had acted unconscionably towards 108 customers at five Telstra-branded stores, by selling phone plans people couldn’t afford and didn’t understand.

The $50 million fine was actually the second-largest penalty ever imposed on a company for breaking Australian consumer law, after the $125 million Volkswagen “dieselgate” fine in 2019.

However, there have been indisputable strides for Telstra under Penn’s leadership.

In 2020, Telstra announced it was officially carbon-neutral and is working towards renewable energy generation equal to 100% of its energy consumption by 2025.

“The real issue is, how do we put less carbon emissions into the atmosphere and then how do we remove those that are already there? That’s what I’m interested in,” Penn said at the time.

Under Penn’s purview, Telstra also announced it would plant 158,000 native trees using drones in response to frustration about a lack of reliable and credible market supply of carbon offsets.

The pilot program will store about 160,000 tonnes of carbon dioxide over the next 25 years — the idea is to offset Telstra’s use of energy, amounting to some 2 million carbon credits.

“Other technologies we intend to explore include the use of robotics and artificial intelligence to improve pest and weed management, and drones and sensors to monitor tree health and calculate the carbon stored in trees,” Penn told the AFR.

This year Penn announced a memorandum of understanding with internet company OneWeb in Barcelona — it’s the first time the telco giant has opted for low-Earth orbit satellites, known as LEOs.

The deal was inked to bolster remote connectivity, and take on Elon Musk’s Starlink after the NBN’s Sky Muster was hemorrhaging customers to the tech billionaire’s higher-speed offering.

Exclusive: How Telstra reinvented itself for TikTok and expanded its reach by millions

Looking forward, Telstra’s shares have surged 50% since the T22 program was announced — and Penn has since confirmed his T25 strategy which aims to deliver up to 20% growth in the next four years.

Pundits figured Penn would stay in the top job to see the execution of the T25 strategic plan which would’ve made him the longest-serving CEO at Telstra since it was floated on the ASX in 1997.

It was also thought Penn would lead the company though the final stages of its legal restructure that will see a new holding company — Telstra Group — launched with four main entities, namely InfraCo Fixed, Amplitel (InfraCo Towers), Telstra Ltd (ServeCo) and Telstra International.

But instead, that’ll be led by successor Brady, who counts big names Optus, SingTel and KPMG on her resume before fulfilling leadership roles in consumer and small business departments of Telstra.

“[Vicki Brady] has made a significant contribution to Telstra including her work in developing our new go to market plans as part of the T22 strategy,” Mullen said in a statement.

“She has played a key leadership role in the development of Telstra’s T25 strategy and is well-placed to lead the company through its next phase.

“She could not be more qualified to take over the reins to deliver on our T25 commitments.”

The employee was dismissed after making a series of posts to his Facebook page that were considered offensive, derogatory and inconsistent with his employer's values and policies.

How can employers and employees help prevent burnout at work?

Is shifting blame responsible for our never-ending burnout? M.K. Ward, director of people, culture and OD at startup Zipline.io unpacks what keeps driving us to exhaustion.