Escape zooms: How the pandemic opened Funlab’s eyes to a multimillion-dollar business opportunity

What was a company that had built its brand on Strike Bowling Bars, Holey Moley mini golf and escape rooms going to do when the very idea of in-person activities had been ruled out?

After all, there’s no such thing as home-delivered bowling or mini golf, and until 2020, escape rooms required, well… a room.

In these COVIDSafe times, escape rooms have given way to ‘escape zooms’ — a virtual version of the popular team-building activity that Funlab believes could become a multimillion-dollar business over the next few years, all within the conference call wave generated by the pandemic.

It all started back in March, when Funlab was forced to close its venues across the country, leaving some 1,600 staff members sitting on their hands, chief operating officer Blaise Witnish explains.

“We started creating a fun-in-isolation calendar with a number of events and certain fun activities that everyone could jump on Zoom and be a part of,” Witnish says.

What began as an internal morale-boosting activity soon expanded into free virtual kids parties, which generated plenty of interest but wasn’t exactly a money-spinner.

Custom graphics and animations bring the Zoom rooms to life.

By the time June rolled around, the business was hosting 24 events a month, growing to 64 in July and 81 in August, as the new product — which now facilitates everything from virtual trivia to escape zooms and even just water cooler conversations — began taking off with business clients including Crown, Woolworths and shopping centre owner GPT.

“Using all of our own teams and graphic designers, we’ve created all these elaborate images and animations that customers move through with a host,” Witnish says.

“One is a pirate ship on a deserted island, the host will say, ‘where do you want to go?’ and you can see cannons, you can see cabins and you as a team decide the journey.” 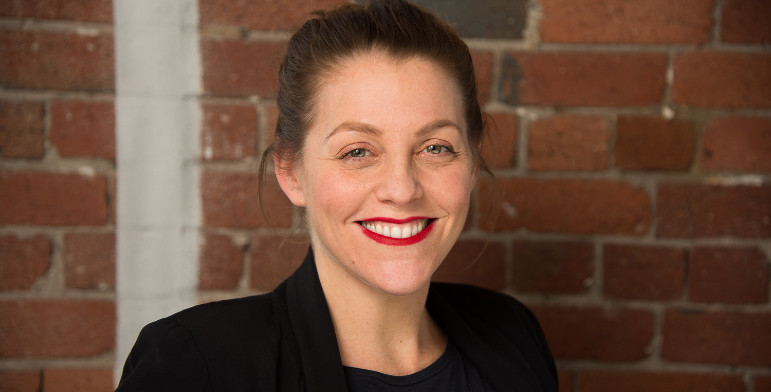 The escape zooms have become so popular with business clients that Funlab is on track to host 100 events a week by mid-September, hoping to make between $2-2.5 million from the new vertical in the financial year 2020-21.

There’s even an ambition to take the business overseas, where Witnish believes there’s a market for a 24-hour roster of events running up to 1,000 bookable hours per day. It’s potential a $50 million annual opportunity, she says.

No landlords, physical equipment or liquor licenses required. Just an excitable host, a set of adventure-themed animations, and Zoom, the conference call software that’s gone from obscure to verb-status over the last six months.

“We see this as a huge competent to our business over the next three years,” Witnish says.

“The biggest thing for us is that companies — and Atlassian is a great example — are coming out and saying they will let their teams work from anywhere. No one has to come into the office.

“This opportunity is global, and it’s permanent. And while it won’t completely replace that social need to connect, there’s going to be a need to have a place where everyone in your team can get online, connect and have fun.”

While the Zoom economy is growing quickly around the world, Funlab hopes to eventually design its own software to host virtual events, although being able to hook into existing conference call applications has a much lower barrier to entry for clients, particularly big businesses.

While the value-add is not immediately clear, the company makes its coin on the premise that a structured, activity-based conference call with a dedicated host is ultimately going to be far less awkward and more engaging than the dreaded ‘Zoom drinks’ we’ve all become accustomed to.

“The difference between a great experience and an ordinary one is our people, our hosts and their passion for wanting to people have fun is our real differentiator,” Witnish says.

None of this means Funlab’s existing events business is going anywhere. The business has set up its new virtual arm with its own general manager and hopes the two sides of the company can benefit from each other once authorities wind back social distancing rules.

“We see us having a suite of up to 10 virtual experiences and team building activities people can choose from,” Witnish says.

NOW READ: How this founder made boozy mini-golf a $50 million business in two years