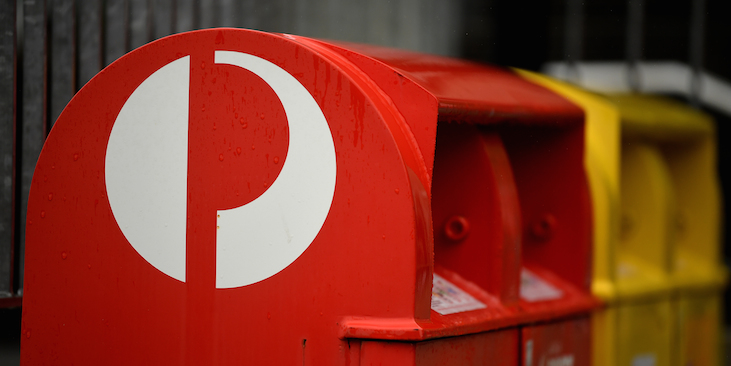 Handwritten letters and posted bills are disappearing, and they were vanishing well before the latest slump.

Australia Post says between 2007 and 2019 the volume of personally addressed letters more than halved (over a period in which Australia’s population grew 20%).

Worldwide, postal operators reliant on letters have been experiencing heavy losses. In 2019, the letter side of Australia Post lost $192 million.

As it notes on its website, “the amount of postage you are charged to send a letter is substantially less than what it costs us to deliver it”.

It tooled up for the right thing … 20 years ago

For more than a century, Australia’s postal service has invested in equipment, skills and processes to “provide a universal letter service which includes a standard domestic letter service at a uniform price”.

But, like a couple investing in bigger and bigger homes as its family grows, it is now finding time has moved on and it’s left with too much space for the wrong thing.

Fewer letters means trucks are not full when they leave buildings, equipment is no longer run at full capacity, workers are less-fully occupied, and volume discounts with freight forwarders shrink.

Under Australian Postal Corporation legislation, Australia Post has been required to deliver  daily (Monday to Friday) to 98% of delivery points. Within cities it has to get there within three business days.

The requirements have made it hard for it to aggregate volumes in order to regain scale.

Rather than waiting for full truckloads it has had to send them out less than full, effectively “moving air”.

So in May, the government eased the regulations, “temporarily” for 13 months until the end of June 2021.

Under these arrangements, deliveries within cities could take up to five business days and mail would only have to be pushed into the slots of city mailboxes (but not country mailboxes) every second day.

Labor will seek to overturn the change, arguing, with good cause, that the changes are intended to be permanent and that COVID-19 is being used as cover.

It is right to want a debate, but that debate ought to face up to some hard truths, including:

(And where people still want to use the post to send cards for events such as birthdays, Mothers Day and Christmas, they can plan well in advance.)

While the door is closing on letters, a window is opening for parcels.

Labor is right to want a debate

COVID-19 accelerated the move from brick-and-mortar stores to e-commerce. Australia Post says parcel volumes almost doubled in May, and are 80% higher than this time last year.

Britain’s Royal Mail reports  a 31% increase, a trend it expects to continue after lockdown is lifted.

The challenge is to adapt the previous system to the changed demands.

Different equipment is needed, as is retraining. A parcel is heavier than a letter and comes in a wider variety of sizes and shapes. Automated warehouses and vans can be better suited to handling them than letter sorting machines and motorbikes.

Service will be measured differently

And there’s a need for a different way of measuring good service.

With parcels, people want to know what’s happening. They are often more concerned about not knowing where a parcel is than about how long it will take to arrive. There’s a role for apps, SMS and emails and options including the delivery to smart lockers, where parcels can be collected 24 hours a day.

What comes next for Australia Post will be an unfolding story. Competition in parcel delivery is fierce in the new sharing economy. Anyone with a big enough trunk soon will be able to do deliveries as crowd shipping gains momentum.

One thing is certain, and it is summed up best in the words of an Australia Post community moderator: “Our letters service is never going to go back to what it was before, I’m sorry.”

NOW READ: Traffic is up, and costs are down: Why now is the time to push your product on social media