An extended outage of Australia Post’s online parcel shipping, tracking, and label printing services has thrown Aussie SMEs into disarray this week, sparking fears about the service’s reliability heading into the Christmas rush.

The service was first taken down on October 15 for scheduled maintenance of the company’s application programming interface (API) authentication service.

The Australia Post APIs integrate with many businesses’ logistics software, allowing them to process, track, ship, and label parcels.

The following day, the shipping and tracking API experienced an outage at 3.00pm in the afternoon, which was not fixed until 6.00am the following day. Similarly, the service’s label print API also went offline.

Despite reportedly being fixed late on October 22, both the label print and shipping and tracking APIs then began to experience authorisation and timeout errors. At the time of publication, neither issue has been resolved.

Small businesses say the outage has been causing them significant problems, with Derek Sheen, founder of multimillion-dollar online gifts store Yellow Octopus telling SmartCompany “basically nothing” has been working since Sunday.

“We’ve got over three hundred customers waiting for their orders and we couldn’t delay them so we had to do everything manually,” Sheen says.

“All the office staff dropped everything and helped out in the warehouse, and even then we still had 100 orders left over at the end of the day. But what else were we going to do?”

It’s a similar story for Vilay Malaykham, the managing director of online costumes store Costume Collection, with the business currently struggling to ship more than 500 orders ahead of the Halloween costume rush.

“We have had to patch together our own in-house solution to the labelling problem so that operations can continue and so we can still post out the orders to customers on time. The solution involves generating the labels on our own server not on Australia Posts server,” Malaykham told SmartCompany.

“If we had not implemented our own redundancy solutions we would have approx. 2000 – 3000 orders pending postage as of today.”

Yellow Octopus uses a third party logistics software that plugs into the Auspost API. This software manages “basically everything” in the company’s warehouse says Sheen.

“When the API doesn’t work, nothing works. We can’t ship parcels, and we can’t generate labels,” he says. 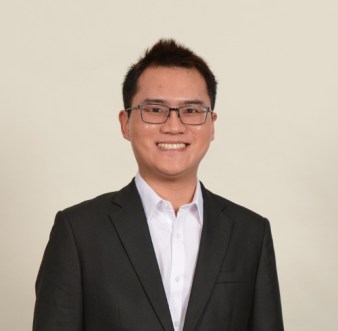 “We had to manually take parcels to Auspost and process them over the counter.”

Sheen says Australia Post itself has been unresponsive, with calls to both connectivity support and e-parcel support either ringing out or going straight to voicemail.

“The only place I actually got a response was through their Facebook page,” Sheen says.

In a statement to SmartCompany, a spokesperson for Australia Post said the company is “continuing to work hard to resolve disruptions to some of our services and appreciate this is challenging for our customers”.

“We apologise for the inconvenience and will keep customers informed of updates via our website, call centre, post offices and social media channels.”

However, the current outages aren’t the only concern for Sheen, as retailers move into the busiest period of the year. The eight weeks up to Christmas account for 65% of Yellow Octopus’ sales, and Sheen’s confidence in Australia Post’s logistics is faltering.

“If this happens during the Christmas rush we’ll be absolutely hit. It would be very difficult for us to recover, even if we all worked double shifts,” he says.

“This is the second time it’s happened in one week. We’re probably going to have to have a backup solution for if this happens in the Christmas period, because there’s no way we’ll manage if we don’t.”

“The lost productivity would cause a backlog that would take days to catch up. It’s just unacceptable.”

Malaykham has a similar view, saying the business has already started to consider spreading its risk by using multiple carriers and investing further into standalone systems ahead of the Christmas rush.

“The major hurdle is achieving compliance with Australia Post on our own systems. We have not had much assistance in getting our own systems to work with theirs as we do not receive the same dedicated support provided to much larger enterprise customers,” he says.

Very much highlights the need to have backup processes/plans in place.

Relying on 3rd parties to always be there and functional isn’t realistic.