The Australian boss of multinational ridesharing giant Ola says competition with Uber has increased driver earnings, despite complaints from contractors that making a living in the gig economy has become more difficult.

Twenty months into overseeing Ola’s expansion Down Under, Aussie managing director Simon Smith says the platform is chasing profitability after cementing its position as a market leader.

“We launched here with a focus on becoming a profitable number-two player,” Smith tells SmartCompany.

“We’re well on the way to achieving that aim. We are definitely the number-two player now.”

But as the multinational platforms fight over the $1.1 billion (and rapidly growing) rideshare market in Australia, drivers, classified as contractors with Australian Business Numbers, are complaining about poor conditions and low pay.

The complaints have given rise to calls for new regulation for the ridesharing industry and Australia’s gig economy more broadly, but even contractors SmartCompany has spoken with have varying opinions on whether reforms are needed.

Asked whether he thought the regulatory landscape for rideshare drivers was appropriate, Smith said Ola’s Aussie drivers — which have purportedly increased from 15,000 to 75,000 over the last 15 months — value the flexibility the platform provides, and that the law in Australia is “settled” regarding whether drivers are contractors or independent business owners.

“When we speak to them [drivers], they really appreciate the flexibility that driving on Ola offers,” Smith says. “We obviously want to ensure drivers are fairly treated.”

“The competition at the moment … has obviously improved their earnings.”

The entry of Ola and China-based DiDi into the Aussie market has expanded options available to independent contractors — while Uber typically takes a 27.5% clip, Ola takes just 15% and DiDi only 5%.

But as competition for drivers has engrossed the platforms, so has the fight for riders — those actually paying to get from A to B. 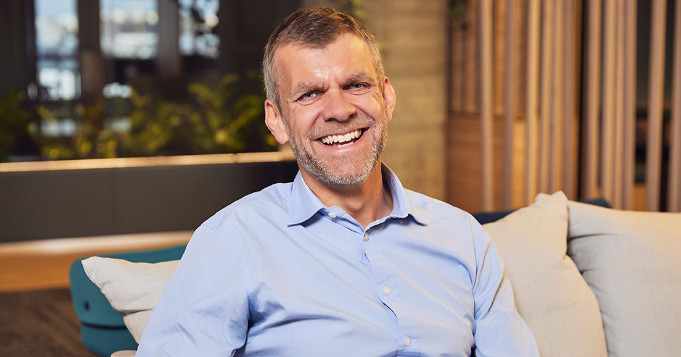 Several rideshare drivers SmartCompany spoke with on the condition of anonymity said earnings have recently become more inconsistent when operating on a single platform, explaining that hourly rates vary wildly.

“It’s become more difficult to use one platform,” one driver said.

Les Johnson, gig economy contractor and secretary of Rideshare Drivers Association Australia (RSDAA), says drivers are increasingly turning to multiple platforms because it has become more difficult to make a living in the gig economy.

“It would be fair to say the majority of drivers are using more than one platform, simply because they’re trying to maximise their earning capacity,” he tells SmartCompany.

“Earnings have gone down significantly over the last three to four years.”

Drivers say maintaining hourly income through ridesharing has become more about understanding when and how to hop between different platforms. While Uber has the most users, there are also more drivers, meaning additional competition for jobs.

Some have taken to operating multiple phones and logging into different platforms on each device in an effort to minimise downtime between jobs, which drivers say is a big factor in determining how much money they’re able to make.

A survey of 11,000 rideshare drivers published by the Transport Workers Union about 12 months ago claimed drivers reported earning about $16 an hour, which is well below the minimum wage.

Those SmartCompany spoke with say hourly income can be misleading for gig economy contractors though because income varies so much, with estimated rates well in excess of the minimum wage offset by slower periods.

Smith says Ola supports drivers working across multiple platforms, explaining the number of full-time drivers on its platform is growing, with 70% of them purportedly saying better commissions have drawn them in.

“Competition is good, so it’s great drivers are allowed to choose between platforms,” Smith says.

“We regard it as good practice, when you’re driving on one app, to turn off other apps.”

Driver promotions have blossomed in the wake of Uber challengers entering the market, with entrants utilising incentives to encourage contractors to stick with them.

“The data is showing the market is such that it can support two or three players,” he says.

“Certainly, with Uber’s margin being as high as it is, it certainly gives scope for our drivers to earn more on the Ola platform.” 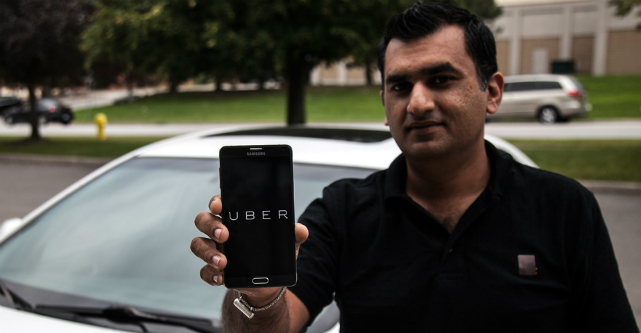 Rideshare drivers say it has become more difficult to work on one platform. Source: supplied.

Uber, which this month celebrates its seventh birthday in Australia, remains the undisputed leader in Australia’ ridesharing services industry, according to IBISWorld, which allocates 86.6% of the market to the American giant.

Ola, which launched in Australia from Perth in February last year, has managed to scoop up 4-5%, while European competitor Taxify, which launched three months earlier, holds 2-3%. The newest player, China-based DiDi, has attracted 1-2% of trips, IBISWorld reports.

Separate figures published in April by Roy Morgan found semi-regular Uber use more than doubled in 2016-2018, to more than 4.3 million Australians, or over 20% of the population. The same study found competitors had about 331,000 users combined over the same period.

A spokesperson for Uber, asked whether the company is supportive of drivers working across multiple platforms, said partners can log on and off its platform whenever they choose.

“Uber driver-partners are independent contractors who use the Uber app to access a flexible income and be their own boss,” the spokesperson said.

“Partners can log on and off the app whenever they choose to drive at times that suit them best. They are also free to drive for other ridesharing apps.”

Contractor safety in the spotlight

As competition heats up between the platforms themselves, the likes of Uber, Ola and DiDi are also pouring more investment into driver safety and security.

For its part, Ola has recently brought a ‘one-time passcode’ system into Australia, which sends passengers a four-digit code after they book a ride that they then tell their driver.

It’s designed to enable identity verification so that both contractors and riders can be more confident they have the right customer and the right car respectively.

“Occasionally people get into the wrong car, we wanted to reduce that,” Smith says.

Uber has also been investing in safety around the world, amid allegations that riders are being assaulted in the United States.

The company has made it easier for passengers to access emergency services and lodge non-emergency complaints.

Both Uber and Ola are also taking steps to improve vehicle safety. Earlier this year Uber adopted a new standard requiring all drivers to have vehicles that meet five-star ANCAP safety ratings, although this move sparked concerns some contractors could be dumped.

Ola requires drivers to have vehicles manufactured no earlier than 2010 and requires all cars to be checked for roadworthiness in the same way Uber does.