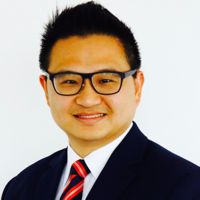 The joint winner of this year’s Smart50 Community Hero award is My Cube Australia, a relatively new business in Queensland that is pioneering the concept of providing affordable retail space for budding entrepreneurs wanting to try out their ideas in a commercial environment.

Founded in 2010, My Cube Australia was created by Stanley Hsu, who says he learnt lessons from his own experience of the “hardship of retailing”.

My Cube is a concept store that has hundreds of “cubes” within the shop, which act as mini shop fronts for different entrepreneurs.

Hsu opened his first My Cube store at Sunnybank Plaza in July, 2010, with only 11 tenants but now boasts four My Cube stores in shopping centres across the state and more than 150 tenants.

There are also plans to build another 15 stores in New South Wales and 10 stores in Victoria in the next five years, as well as plans to take the idea to New Zealand.

While Hsu admits it “still takes at least two sentences to explain what My Cube does”, the business essentially collates innovative micro businesses or traders inside a small retail space in a shopping centre.

But it is what that space offers retailers and the contribution it makes to the community that is the exciting part, Hsu says.

“We give ordinary people an opportunity to try their hand in entrepreneurship in the current environment where it is impossible to do,” he says.

Hsu says Australia’s retail rents are among the highest in the world, with it costing some businesses about $250,000 to fit-out a retail store at a shopping centre, “with another $250K to fill the store with products”.

Hsu also cites statistics that indicate the majority of businesses fail in the first few years of business.

“Add to this mix, Australia has one of the highest wages and the most complex government red tape (environments), which makes entering into a retail business almost impossible,” he says.

This is where My Cube steps in. From between $5 to $15 a day, aspiring entrepreneurs can access a low cost, low risk trading platform in a premium space with which to start their retail business.

“With only four years in operation, we are already changing the lives of our customers,” Hsu says.

“Some of them have quit their full time job to focus on their Cubiz (cube business).”

Hsu says the idea also attracts university students, mothers and professionals who can test their ideas in their own time to see if entrepreneurship is for them.

“Already, quite a few of our tenants gross over $10K a month of sales, they have to be GST registered as they gross over $75K a year,” he says.

Hsu recognises not everyone can be successful in business but notes the fallout from testing out a doomed idea in the My Cube space is potentially less than that of traditional business failure.

“At My Cube, this consequence of business failure has been reduced markedly down to a few thousand dollars; this is an affordable loss to most people,” he says.