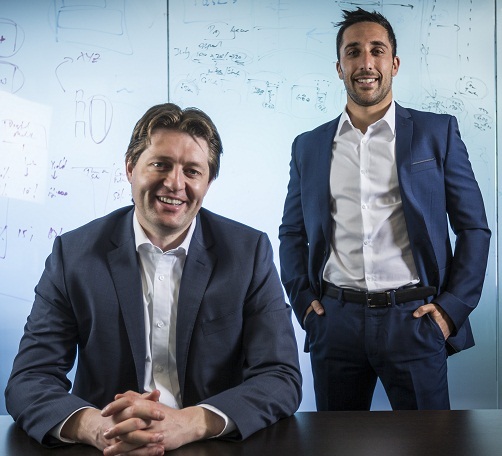 While working for Sensis, Adam Laurie noticed that Australian SMEs were on the lookout for a service that would help them through the minefield of digital marketing strategies – and he believed he could deliver that product.

Laurie and co-founder Rob Dalessandro founded Digital360 in 2012 and have grown the venture into a $3.3 million company. The founders are big believers in showing results rather than telling, and even bought a company to use as a growth case study to drive home to clients the tangible impact of their digital knowledge.

In 2010 the pair bought a water recycling equipment business, Cleanawater, and developed it using their digital strategy to demonstrate the power of their tools – while also having to learn “the principals of both mechanical and chemical engineering” to help keep the company running, says Dalessandro. They grew revenue by 1266% over the next few years, before exiting the business with a return 10 times their initial investment.

Potential customers can now use this example to track the website development and SEO tools that Digital360 offers.

The team recognises the traditional communications agency model is transforming from separate silos of public relations, marketing and digital strategy.

“Digital technology means that the barriers between these once distinct areas have now eroded,” Dalessandro says.

It’s against this backdrop that the business is constantly improving its platforms, including two planned upgrades to its dashboard across the next couple of years, and a capital raise for a standalone business intelligence product.

“There is no shortage of good ideas in an agency environment. But there is a shortage of time and resources,” says Dalessandro. This has led the company to develop a detailed “committee” setup through which staff can work on new ideas.

“Giving staff the tools to grow into these areas not only motivates the team but builds the business, too,” he says, but adds that “creating a fun company culture is also vital”.

It’s important that employees are given control over their working days, and the opportunity to bond while having fun, says Dalessandro.

“There’s everything from Friday night drinks, to half a day spent in the country playing competitive laser tag. We’ve done escape rooms, lawn bowls, movie nights – and just about every bar on Chapel Street,” he says.