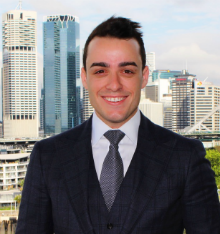 At the age of 15, Jordan Grives was already stoking the entrepreneurial flames; he previously told SmartCompany in 2014 he would sell cans of soft drink to kids at school.

“I’d cart them in on the bus, like 100 cans on the bus, and I had a spare locker that I’d set up as, I guess you’d call it a shop front. I’d lined it with ice blocks,” said Grives.

Grives and his parents went on to start Fonebox in 2008 after identifying current telecommunications providers were not addressing the market’s needs surrounding customisable and data-driven inbound 1300 and 1800 numbers. Today, the company turns over $9.5 million and employs over 80 people, with a plan to hit 100 employees and $15 million in revenue by the next financial year.

Grives is no stranger to SmartCompany, having been included in this year’s Hot 30 Under 30. Fonebox came in at number 26 on last year’s Smart50. The year before, the company was ranked number 20, and in 2013 it clinched the 33rd spot.

Grives was 18 when he began Fonebox and he quickly found his age was a limiting factor in business deals. He claims the Australian business community was “reluctant to accept youth in business leadership” at the time.

“I was determined to slice through this outdated perception by way of success, despite the status quo. I actively reached out to mentors in the telecommunications industry and business community as a whole, welcoming any opportunity to meet with and learn from these most valuable partners,” he says

“I persevered to continually broaden my network. This has allowed for network lead generation, which afforded Fonebox large accounts, and ultimately continued investment into the growth of Fonebox.”

Grives has taken a hands-on approach to running the business and he advises other business owners to do the same. He also highly values perseverance, believing business owners should “never give up until your goal is achieved”.

“Take a very hands-on role in the day-to-day running of your business, leading from the front and driving change with a proactive style of leadership,” Grives says.

“Further, always maintain an open door policy, and recognise the value of broader organisational views. It also ensures each team member is empowered to have a voice on topics affecting them.”

Grives admits his responsibility to his employees keeps him up at night, and he and his co-founders highly value diversity in Fonebox’s workplace. According to Grives, “diversity works and Fonebox is proof of that”.

“I have worked hard to create a strong culture of promoting from within and offering academic support, and I invest in people to ensure they are the best they can be. You are only as good as your people,” he says.

“I consider an empowered team parallel to the success in my business. These initiatives have had an overwhelmingly positive effect on culture and employee retention.”

* Fonebox was sold to an undisclosed NASDAQ-listed firm for an estimated $30 million in October, after the business had submitted its application for the Smart50 Awards.