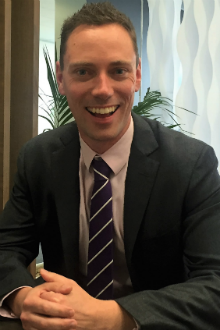 In 2009, Craig Du Rieu felt there was a lack of quality recruitment agencies servicing the finance and accounting sector, despite acknowledging the wider recruitment market was “saturated”.

“Our competition were either large agencies with accounting and finance operating as one division amongst many, or a one-man band working from home,” Du Rieu says.

An increase in ‘one man band’ operators has continued to dilute the sector, says Du Rieu, but that hasn’t dissuaded the business owner.

Du Rieu is a chartered accountant himself, and his 12 employees have either worked as accountants previously or have recruited in the sector for many years. It is this experience that has allowed Lawson Elliott Recruitment to generate annual revenue of $5.4 million in the last financial year, and thanks to a three-year revenue growth rate of 59.4%, secure 43rd position on this year’s Smart50.

Du Rieu and his company were similarly ranked in last year’s Smart50, coming in at number 42. At the time, Du Rieu’s said his biggest challenge in his business was finding and retaining staff, which is still true today.

“Staff retention and attraction has been easily the biggest challenge for the business. In the past, we were too reliant on a low number of staff which obviously increased our risk should they leave,” he says.

“We solved this through investing more heavily in employee growth and contributing profits back into the business to fund this area.”

In the early days Lawson Elliott Recruitment was ran solely by Du Rieu and his co-founder, who has since sold out of the business. This meant some long working hours to juggle priorities between recruiting new staff and general administration.

Looking forward, Du Rieu is hoping to expand the business geographically rather than through industry expansion, with new offices in Perth, Singapore, and Auckland opening within the year.

When asked for his advice for other business owners, Du Rieu says being conservative with expectations surrounding the business is a good move, and valuing staff is key.

“Value your staff and reward positive performance,” he says.

“It’s challenging to find loyal, hard-working and dedicated staff, so do all you can to retain the good staff that you do have.”

Retail, Technology
Lois Maskiell
Daily News
Made For You
wpDiscuz