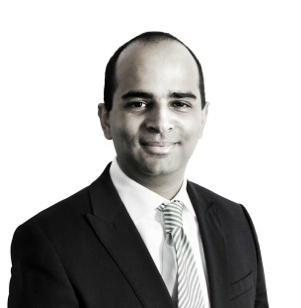 Prior to founding LEDified Lighting Corporation, Suren Chandrajit played a key role in building True Value Solar, which is today Australia’s largest solar company. The company boasted more than $240 million in annual revenue and at the time it was sold to German-based M&W Group in 2012, had a customer payback period of 3-5 years.

Four years later, his business has annual revenue of $34 million with 130 employees nationwide, and has achieved a payback period for customers of 14 months. According to Chandrajit, “there is no better energy efficiency proposition in the market”.

However, the entrepreneur readily admits he and his team were “a little early to market” with LEDified.

“We spent a lot of time, money and effort educating the market on what LED lighting was, what the benefits were and convincing consumers that the savings were ‘bankable’,” he says.

“We are still pleased with the resulting outcome, however, what is clear is that this market is less concerned about quantity of earnings and more about product quality.”

Chandrajit is excited about the future for his company, which counts a number of ASX200 companies among its clients. He says the market is on a “clear transition path” from standard lighting to LED lighting.

“If we continue to deliver a strong customer proposition and a seamless customer experience our business will continue to grow,” he says.

Chandrajit advises other business owners to stay open-minded; he believes his company’s success stems from being nimble and having a successful minimum viable product (MVP).

“Don’t suffocate your innovation in over-analysis, take your products to market and let your customers decide the merits of them…the lean start-up concept of MVP actually works,” he says.

He also believes successful businesses are the ones that have the ability to be dynamic and fluid.

“In fluid, fast-changing markets, work rate and talent beats experience every time. What you thought you knew from five years ago just isn’t so today,” Chandrajit says.

“Work hard, remain nimble and open-minded. Be prepared for the only consistent thing in your organisation: change.”

One way Chandrajit likes to keep focused on the job at hand is to meet regularly with his team, but not in normal office hours. At 6.00am every Saturday morning, the management team meets to discuss new ideas, which Chandrajit calls “enhancing while our competitors are sleeping”.

“It is amazing to witness the flow of innovative and constructive ideas when talented people aren’t distracted by the day-to-day activities involved with running a growing business,” he says.

Right now LEDified is focused on expanding across the nation, with a South Australian office opening in the next few months. The business is also working on diversifying its offerings, having launched a solar branch of the business called SOLARfied in July this year.

“We need to ultimately offer our customers a range of solutions around energy efficiency to be successful – lighting is simply the first component,” he says.