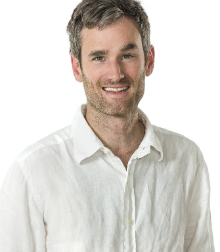 Last year the co-founders told SmartCompany about how Edward’s experience in the removal industry saw them clock the trend of individuals opting for small, inner city living – and often needing somewhere to store their personal belongings outside of tiny apartments.

Jordana was in the fashion industry when the business launched, but told SmartCompany in 2015 that fashion and start-ups were not all that dissimilar.

“Having your own business is quite creative,” she said.

Now reflecting on the brand’s expansion to China, which began in 2014, the co-founders talk about the need to change the model of their business in order to make it work overseas.

“The average storage unit in China is three cubic metres so we had to make the modules smaller and able to fit into a van, not on a truck!” Edward Thirlwall says.

“We had to shift in our approach to business development and advertising as Google is banned there, so it was difficult to get online presence; we’ve had to go back to old school advertising.”

With 27 franchisees in the network, communication is key – and that extends to marketing each franchise operation to the local community it is based in.

“The last 12 months has seen a concerted effort to really drive localisation via creating local store Facebook Pages so they can connect with their local communities and also to provide our franchisees with their own voice,” says Thirlwall.

The business is uniquely scalable because the portable storage units used can be easily relocated.

The business also has the option of allowing clients to store units on their own property, freeing up room in warehouses.

Over the next 12 months, the goal is to fill up the storage facilities of franchisees, while also giving staff the autonomy to get their jobs done.

And the best way motivate staff, says Thirlwall, is to tell them when they’ve done well.

“Letting them know when they’ve done a good job before they tell me!” he says.