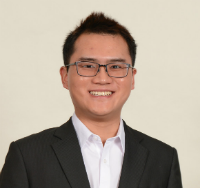 “Whatever funds you think you will need to start your business, double it.”

That’s Yellow Octopus’ founder Derek Sheen’s advice to fellow entrepreneurs. He says this simple equation “will give more realistic estimates of what will actually be required to start your business”.

Sheen’s business aims to stand out from other retailers by offering the right gift for everyone, from bacon-flavoured toothpaste to a $200,000 personal submarine. He began the business in 2013, fuelled by his own love for unique and quirky gadgets.

“Back before I even had the idea of starting Yellow Octopus, I was really into fun and unique gadgets, and would have dozens of these desk toys on my desk,” Sheen says.

“I would purchase the products from companies based in the US and UK, because at the time, there was no one offering such a unique selection in Australia, catering for people like myself. So I thought, why not? Let’s give it a go and start something here in Australia.”

Three years later, Yellow Octopus has seven full-time employees and is turning over $1.7 million annually. The company tries to approach gifting from a different angle, aiming to convey an emotional connection with the recipients of their products.

The website’s search features allow users to filter results not only by occasion and theme, but by a recipient’s personality – be it ‘Couch Potato’ or ‘Globe Trotter.’ In its first year the website offered only 100 products. Now, it offers more than 3,000.

Sheen says the first 12 months of running his business were the hardest, telling SmartCompany that growing Yellow Octopus to a self-sustainable level without running out of money was “really challenging”.

While he admits he isn’t a numbers person, Sheen is a firm believer in the importance of spending time studying analytics and data from your business.

“In the online space, you often have an enormous wealth of data but it is typically not necessarily presented in a way that can be easily understood or interpreted,” he says.

“However, it is so important to analyse this – I currently spend over a third of my time each day just going through the business, website and inventory analytics. Without doing this, the business will quickly fail.”

When asked to nominate a challenging time for the business, Sheen’s points to the website’s first Christmas when he and his team were not ready for the influx of orders. The store ran out of stock on some items, resulting in Sheen purchasing the items from other retailers in order to not disappoint customers.

“I did everything in my power to resolve these issues, including going out on Christmas Eve to personally deliver parcels that we failed to dispatch earlier,” he says.