Many industries face pressure from federal authorities for one reason or another, but the healthcare, fitness and medical industries have been under some intense scrutiny lately. In fact, the federal government has shut down a number of practices.

Blisscare Health has thankfully avoided catastrophe – although it had to cancel two contracts in recent years in order to avoid an ethical dilemma – but the founders say the company’s survival isn’t due to luck, but an intense focus on high quality service with integrity. 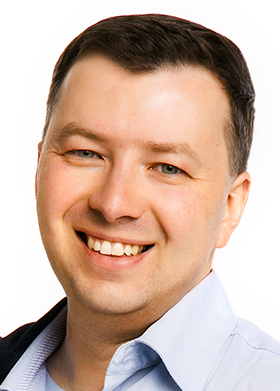 “We were overwhelmed by silent and very fast approaching “silver tsunami” of elderly clients that were living longer but not better, and existing service providers and infrastructure were not prepared for what to come,” they say.

“Blisscare Health was formed to develop and deliver healthcare solutions in response to community needs,” they say.

Founded by brothers Igor and Andrei Statkevitch, along with Igor’s wife Stevi Statkevitch, Blisscare has continued to demonstrate sustained growth, securing places on the Smart50 list in 2015, 2016 and now 2017.

Igor Statkevitch has previously told SmartCompany that Blisscare is a “people business” and the founders have invested considerable time in recruiting the right people to set the company up for success.

Finding people is still a challenge, especially due to the rapidly ageing population. That means the company has to work fast and adopt agile processes to get things done.

To that end, the business developed a new project incubator, which converts into new products and services over time. The ideas come from customers, employees and the founders.

It’s a very tech-like way of introducing new products to market, but the Blisscare founders say it can’t be done without a team who believes in the vision, unified together for a single purpose, and with the right infrastructure in place.

“These days [we’re] thinking about where to find top talent to expand our vision, where the next unique skill set will come from to build the infrastructure and how to take the company from small operators to bigger operators,” the founders say.