Social analytics technology startup Digivizer has had a jam-packed year, after more than doubling its revenue and hiring 25 new staff in the space of 12 months.

The Digivizer platform allows businesses to see how their investment in social media is performing, allowing them to double-down on what works and see which tactics are yielding lacklustre results. 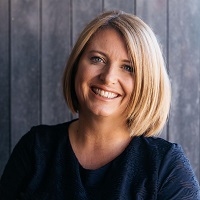 The Sydney-based startup was launched in 2010 after founder Emma Lo Russo witnessed first-hand the impending digital revolution, after spending the early 2000s travelling across Asia and the US for work.

“At the same time most work in western countries was still desktop computers, long VPN dial in times and waiting on long permission times to get email on your mobile phone,” Lo Russo says.

“I would, by contrast, arrive in Asia and see smartphones everywhere, ubiquitous and fast broadband, and large communities engaged in forums and shopping online.”

This experience taught Lo Russo two things: firstly, the future would be mobile where “all business would be done via the thumb”, and secondly, the power over brands “would be in the hands of consumers”.

Out of this realisation Digivizer was born, offering its social-media analysis to companies looking to engage on a personal level with their customer base.

While the company has more than doubled its revenue from $2.25 million to $5.77 million in the past 12 months, the startup hasn’t always had such strong cash flow.

Lo Russo says one of the “most challenging” experiences the startup faced was when it nearly ran out of cash — a predicament that meant the founder did not pay herself for three months, prioritising her staff’s salaries over paying bills.

“We fast tracked the R&D rebate submission, we spoke to a few trusted clients and requested payment upfront, which two or three customers did,” she says.

“After three months, we managed to turn that situation around. Within five months [we] had repaid all borrowed money. It was an incredibly stressful period. “

The startup has now made it past these lean times and is now looking to raise money to expand internationally into Singapore and grow its global marketing presence, as Lo Russo prepares the business to be targeted for an acquisition.

“My intention is to get the business well over $100 million in valuation, which will allow me to invest in future innovative tech businesses,” she says.

“[We are] ultimately looking to grow Digivizer to be recognised as a leading Australian technology company exporting globally.”