Coming in at 49 in this year’s Smart50 awards, founder Dennis McFadden’s hairdressing franchise Just Cuts was born in 1990 from “one simple idea” — to provide stylish haircuts at an affordable price. 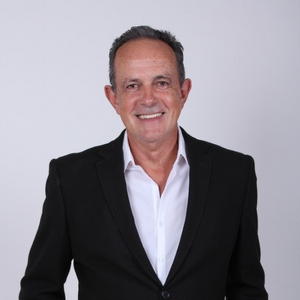 Twenty-seven years later, Just Cuts boasts annual revenue of $3.2 million for its head office. The franchise network has 200 salons and over 2500 qualified hairdressers across Australia and New Zealand, and as a group, recorded revenue of $98.3 million in 2017, up from $94.6 million in 2016.

The company has also recently re-purchased the master franchise for Just Cuts across the Tasman.

The business didn’t always operate in a franchising model, but after one of McFadden’s staff members wanted to start out on her own with a similar model to Just Cuts in the early 90s, the business made the switch and has stayed that way ever since.

“Franchising is about systems: get them right and it frees you up to be creative with local store marketing, team building, charitable works, and to do the things that you promised yourself you would do if you had your own business,” McFadden says.

Today, McFadden says Just Cuts has its sights set on global expansion, contemplating expansion into the UK after visiting and speaking to potential franchisees in the country. The business hopes to hit 250 salons by 2020.

“For us it’s about being ahead of the rest, investing in innovation and technology and developing the growth of our franchise owners and team members,” McFadden says.

“We focus on value and a point of difference over all else.

“No matter what the economy, hair always grows.”