The biggest challenge for many businesses is often deciding when and how to refine their teams. Fast-growing businesses can be tempted to hire quickly in order to just get things done, which sometimes leads to staff choices they otherwise wouldn’t make. 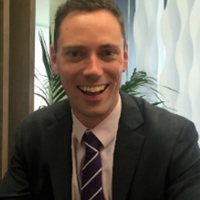 For human resources and recruitment firm Craig Du Rieu, that challenge manifested itself in a different way: the company relied on too little staff for far too long, increasing the risk to the company should any of them leave.

“Staff retention and attraction has been easily the biggest challenge,” he says.

While the business has slowly ramped up its team numbers – it has 17 now – Du Rieu says it’s a warning for other fast-growing businesses.

“Value your staff and reward positive performance. It’s challenging to find loyal, hard-working and dedicated staff, so do all you can retain the good staff that you do have,” he says.

Lawson Elliot Recruitment focuses on accounting and finance recruitment, and was founded in response to the lack of specific recruitment agencies in this area.

Du Rieu identified the existing firms were either large agencies, or one-person operations working from home. As a chartered accountant, Du Rieu says he had invaluable insight to his clients’ needs that would result in a superior service.

It worked. The business is growing with expansion into Perth, Singapore and Auckland in the year ahead. This is Lawson Elliot’s third appearance on the Smart50 list, having been a finalist in 2015 and 2016.

The company recorded revenue of $7.2 million in the most recent financial year, and has grown its revenue by 35.6% over the past three years.

A sponsorship with the Sydney Swans has also paid dividends for the company. Ultimately, though, the business is focused on its growth, which means Du Rieu is constantly finding new ways to empower and challenge his staff.

His one key message for other fast-growing businesses?

“Try and be as conservative as possible with regards to your expectations and outcomes of the business,” he says.

“Don’t take on too much too soon by way of financial investment. Value your staff and reward positive performance.”