If you’ve ever walked into a retail store and heard some pop music playing on the background speakers, then it’s likely you’re listening to a crime in progress. Many stores don’t realise they have to actually pay licensing fees whenever they play music through the speakers – and if they don’t, they could receive some hefty fines. 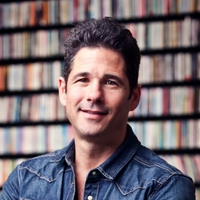 Most stores have opted to take their chances. But Dean Cherny’s business Marketing Melodies has changed that, allowing businesses to run background systems that can be used on mobile devices to play sophisticated background music that actually sounds good – hint: it isn’t elevator music – for a fraction of the price.

Cherny has been running the business for 25 years, but technology has allowed him to upgrade from CDs to a streaming service, storePlay.

Now the service runs in more than 4500 locations across Australia and New Zealand, and Marketing Melodies is turning over more than $2.6 million a year.

“Most custom-built background music systems were expensive and came with long contracts, and I wanted something that would be accessible to smaller businesses and individual stores,” he says.

“At the same time, the intense debate around music subscription services and artist/performers royalties was gaining heat with the rapid growth of Spotify and Pandora.

“As part of their subscription, customers can opt-in to have storePlay manage their licensing fees and royalties – which means that businesses don’t need to worry about exposing themselves to fines. The artists and recording labels love this too!”

After 25 years of working alone, Cherny suddenly had to change his tune. The success of storePlay saw him working unreasonably long hours, which forced him to hire his first employee.

But after working for himself for so long he didn’t know where to start. He used an app to track his digital activity and found he spent 70% of his time on music programming – which led him to his first hire.

“Recruiting a senior resource – in my case general manager of music and content – has allowed me to really focus my attention on top line growth and innovation,” he says.

“I have learnt that it is extremely important to invest in people and that when you find the right person, you get so much more back both financially and emotionally.”

While retail stores are closing more rapidly than before, Cherny says the industry needs to refocus on what makes a store experience so special – and custom music can play a large part in that equation.

“We hope to not only improve the consumer experience but give retailers the ability to get to know their customers like never before,” he says.