When Online Marketing Gurus was launched in 2012, co-founders Andrew Raso and Mehrdad Homayunfard wanted to fill what they saw was “a huge gap in the market” for quality search engine optimisation.

Even though Raso admits they were moving into a saturated market for marketing services, the SEO niche they were attempting to fill meant they were confident of building “a great business ahead.”

“We were moving into a very saturated market with almost anybody being able to undercut us,” he says. 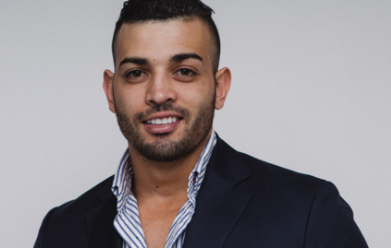 “We came with a unique product and very strong selling proposition and from there we were able to grow … We only focused on one service and we did that very well.”

The previous Smart50 finalist turned over $8.1 million in revenue in the last year, and has offices in Sydney, Melbourne, Belgrade and San Diego.

Looking back on this five-year journey, Raso says there are “two major lessons” he would pass onto other business owners.

“Document and process everything,” he says.

“Do this while the company is growing, and you’re completing these tasks day-to-day. Ensure this documentation stays up to date on a regular basis as the business changes and reshapes,” Raso advises.

Business owners should also be “prepared to accept variability in your role” and actively seek this change out, according to Raso, who warns that it is “extremely easy” to fall into one specific role without focusing on other elements of your business.

“Once you’re not seeing an impact between your work and company growth, you should reflect on what it is you’re doing day-to-day,” he says.

This team will be focusing on expanding the company’s reach beyond Sydney and Melbourne and into every major Australian in the next 12 to 24 months, but Raso says this ambitious growth will be well-planned and resourced.

“When we tried to move to a different city prematurely we would just fail,” Raso says, admitting that he’s learned from past mistakes.

“This time, we will be going with a proper plan, systems and procedures all put in place with accountability across the board for the performance of the the team in the city.”