From humble beginnings in a cramped serviced office on the Gold Coast to banking over $888 million in annual revenue, TorFX has had a wild ride since launching in Australia in 2013.

Over the last four years the business has grown to a team of 42 employees, with a further 90 employees in the UK head office.

The Australian branch of TorFX, which appeared on last year’s Smart50 in fifth position, has experienced 219% revenue growth over the last three years.

When TorFX established its Australian branch its aim was to disrupt the foreign exchange market in Australia, an industry still dominated by traditional industry players like the major banks. 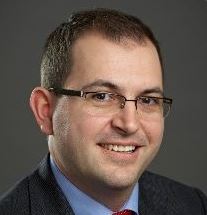 According to company chief executive officer Jon Beddell: “There were and still are few alternatives for Australians wishing to transfer money internationally without receiving less than favourable exchange rates and hefty fees.”

For the TorFX team, the industry disruption spurred by Australia’s current “fintech buzz” has drawn increased attention to the financial services sector, and this means more options, greater convenience and a better deal for the consumer.

“The banks have held the monopoly on the financial industry for decades,” Jon says.

“With modern technology and social media, people are increasingly becoming aware of more convenient and low costs means to manage their finances online that they never had just a few years ago.”

While the company is now turning over hundreds of millions in revenue each year, TorFX has stayed true to its roots and remained based on the Gold Coast — a somewhat unconventional choice.

Jon added: “[The Gold Coast] provides a great work life balance for our team and the cost of running the operation here is 1/10 of being situated in Pitt Street.”

“As long as we have a good IT and telephony infrastructure we could be based anywhere. All of our competitors are Sydney and Melbourne based and we are the fastest growing in the industry.”

* This article was updated on October 17 as incorrect information about the founding of the company and its managerial structure was originally supplied. The changes were made to improve the accuracy of the article and better reflect the company’s local operations.