A FruChoc by any other name: Robern Menz defends iconic name rebrand 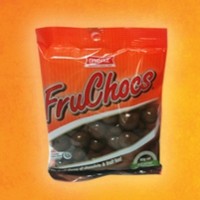 Does a FruChoc by any other name still taste as sweet?

Iconic South Australian snack FruChocs dropped its long established name two years ago, rebranding to the moniker Choc Apricot Balls – but it seems some fans are still peeved off.

South Australian Confectioner Robern Menz came under fire when it rebranded its chocolate-covered apricot balls in May 2012, but the debate was reignited yesterday when Mumbrella dug up the story.

After a recent string of businesses fighting to keep their name, Robern Menz has told SmartCompany it didn’t take the decision to rebrand the sweets lightly.

A spokesperson said the company had gone through three failed attempts to launch the brand interstate before it decided to rename the product.

FruChocs are a South Australian institution, with the product even listed as an official state icon.

When the company attempted to take its success nation-wide, they came up against opposition from supermarkets about the name.

At the time of the rebrand, there was debate about the difficulty interstate consumers had with pronouncing the name ‘FruChocs’.

“The issue was that we didn’t have the budget for an educational campaign,” the spokesperson told SmartCompany. “It would have cost millions and we just don’t have that as a local family business.”

“We had the opportunity to present the product to Coles because they were aware of FruChocs and they understood the South Australian success of the brand,” says the spokesperson.

And the spokesperson says the name change was enough to get Coles over the line.

“We would have been crazy not to. I don’t think any single small business would turn down the opportunity to be stocked nationally.”

The product’s packaging still features the FruChoc name in smaller print and the Robern Menz spokesperson says they plan to increase the size over time, as interstate customers become more familiar with the word.