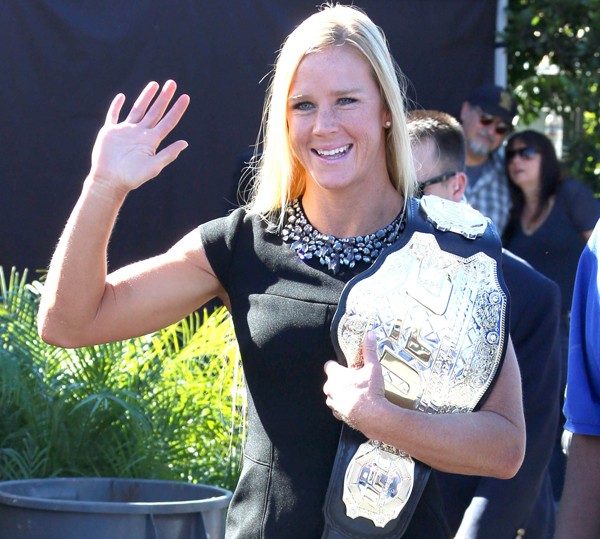 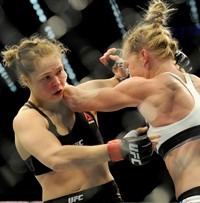 Australian clothing brand Grrrl is enjoying worldwide attention after a decision by its founder to spend the entire marketing budget on sponsoring UFC fighter Holly Holm paid off spectacularly.

Holm was the underdog ahead of her battle with Ronda Rousey but she quickly defeated the defending champion in front of a record crowd at Melbourne’s Etihad stadium last Sunday.

Grrrl, which was founded by martial artist Kortney Olson earlier this month, was the only Australian company to sponsor Holm for the fight and did so by spending its entire marketing budget on a platinum sponsorship, according to Mumbrella.

Olson told Mumbrella she started considering sponsoring Holm in September and the gamble paid off, with her brand being placed “front and centre” after Holm’s win and a massive jump in her social media followers.

“The last photo she posted before the fight was in our gear – I’m so excited,” Olson said.

Olson said her goal is to build a strong, assertive fashion brand that women can relate to and “you have to take risks” to achieve such goals.

How cool are these shirts!?! Visit www.grrrl.com with their unequivocal clothes. Coming soon! #grrrl #grrrlpower #grrrlnation

Independent branding expert Michel Hogan told SmartCompany this morning that for new brands focused on building awareness, aligning their brand with a celebrity or well-known sportsperson can be a “decent short cut” as it can put the brand in front of the endorser’s in-built audience.

But Hogan says the choosing the right person, and making sure the choice lines up well with what the brand stands for, is critical.

In this case, Hogan says a relationship between Grrrl and Holm makes sense.

“If you look up the word ‘grrrl’ in Urban Dictionary, it stands for a young woman who is independent and strong, and if that is the persona the brand has adopted and is what its stands for, someone like Holly would make sense as a representative, as would a number of other females who share that spirit,” she says.

Hogan says regardless of the outcome of the weekend’s UFC event, its likely Grrrl would have still benefited from the sponsorship as Holm’s profile is on the rise.

“In this case there was a nice alignment with the timing and the situation,” she says.

Hogan says for businesses that want to get the “biggest bang” out of a limited marketing budget, it makes sense to “go where the noise is”.

But she says celebrity endorsement or sponsorship is by no means a new marketing strategy, with marketers using this method for a long time.

“Irrespective of this particular example, the lessons or takeaways for other businesses is yes this is a strategy that can pay off,” Hogan says.

“But think carefully and align with someone who represents what you stand for.”

SmartCompany contacted Grrrl but did not receive a response prior to publication.