Adelaide entrepreneur says he is “not a major fraud” after being caught out claiming Jimmy Barnes and rapper will.i.am had signed up for his new app 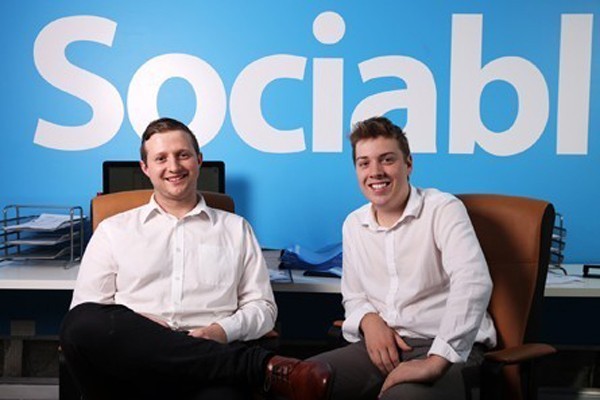 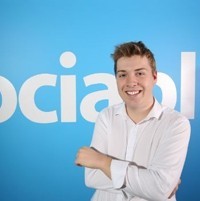 A 21-year-old entrepreneur has claimed to have signed high-profile celebrities such as Jimmy Barnes and singer will.i.am to feature on his app when they had no idea their names were being used to entice people onto the platform.

Brandon Reynolds, the founder of Sociabl, has come under intense scrutiny after an interview with The Today Show revealed he had led consumers to believe they could pay to communicate with their favourite celebrities, when in fact several VIPs had never agreed to sign up to the app in the first place.

The celebrities included the likes of rapper will.i.am, Jimmy Barnes, David Campbell and Richard Branson, who were all listed in a press release about the app sent to media outlets on January 10.

The press release described Sociabl as a “celebrity video call app”, which allows customers to book one-on-one video calls with celebrities for a fee, half of which the company said is donated to charity.

In an interview on The Today Show, TV host Campbell, who is also Barnes’ son, questioned why his name was being used for commercial purposes.

“My name came up on the app and I was like, I’ve never heard of this,” Campbell said.

“And they said your dad’s on the app as well, so they [Channel 9] said can you call your dad. I said let me give him a call just to triple-check. And he hadn’t heard of it either. So you used a couple of people there as advertising.”

Asked whether that meant other celebrities such as will.i.am are not part of the app despite the startup’s marketing material, Reynolds said will.i.am had been signed on “100%”.

But Campbell then revealed how he had checked with will.i.am’s manager, who said she did not think this was something the celebrity was involved in.

Reynolds then back-tracked and said he was “executing” deals with celebrities at the moment.

“Work with me, help me raise money for charity,” Reynolds said.

However, White Ribbon told Channel 9 they were not involved with Sociabl in any way.

Red Cross did not respond to SmartCompany’s questions this morning.

Sociabl was officially launched yesterday and the same press release that spruiked the involvement of celebrities said federal innovation minister Christopher Pyne and federal opposition leader Bill Shorten would be attending the launch.

However, responding to a tweet from journalist David Swan, Reynolds posted a photo of a statement claiming to be from Labor leader Bill Shorten’s office.

A spokesperson for Shorten’s office told SmartCompany this morning the Labor leader had sent a written message of support to be read out at Sociabl’s launch, but it was never distributed as a press release.

“We were a bit bewildered when we got a few calls last week asserting Bill was attending the event,” a spokesperson said.

“It was never the case.”

Nicole Reaney, director of InsideOut Public Relations, told SmartCompany businesses shouldn’t be blinded by their motives just to “get their business off the ground” when developing marketing material.

“Access the right people when introducing and gaining approval for your business idea,” Reaney says.

“A big call has been made, promising the involvement of international names like Richard Branson in April. Time will tell.”

In a lengthy blog post published on Medium this morning, Reynolds said the Channel 9 report was “false and defamatory”.

However the 21-year-old founder confirmed the startup has removed all celebrities from the app until further notice.

“The program … spread a lot of false claims about Sociabl and myself, that were shallowly investigated,” Reynolds wrote.

“I ask the Australian community, instead of trying to tear down this exciting new project by poking holes wherever you can… help celebrate growth and progress.”