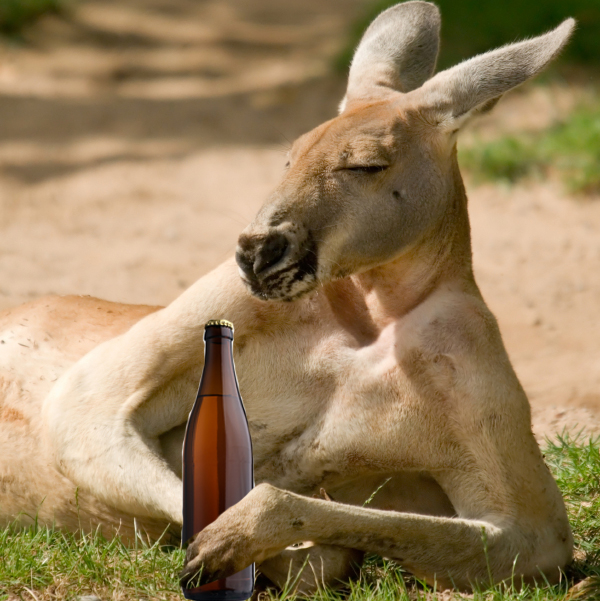 The Advertising Standards Board has ruled a kangaroo appearing to be given a bottle beer that was shared on the Facebook and Instagram pages of beer brand Carlton Dry amounted to animal cruelty.

While the image itself was not created by the brand, the ruling by the advertising watchdog is a reminder to businesses that they are responsible for all the content they share on social media.

The image in question was first posted to the Carlton Dry Facebook page last year by an individual Facebook user, according to the Advertising Standard Board’s case report.

In the image, a person is holding a bottle of beer close to a kangaroo’s head and the kangaroo’s arms are outstretched. The image was accompanied by a caption with the word “Kangabrew”.

Carlton Dry subsequently re-posted the image on its Facebook page at the end of October and to its Instagram profile in January this year, along with the hashtag ‘SeizeTheDry’.

The Ad Standards Board received one complaint about the image, which claimed the image “suggests giving alcohol to animals”.

“This is cruel and constitutes animal abuse,” the complainant said.

“In no way does this need to be encouraged. The caption “Kangabrew” suggests the beer is made for kangaroos, which may also encourage people to give beer to other animals for a laugh, again, this is animal cruelty.”

In response to the complaint, Carlton and United Breweries told the Ad Standards Board the image had been removed from the Carlton Dry Facebook and Instagram accounts.

Despite the image being user-generated, the Ad Standards Board ruled “its placement on the advertiser’s Instagram page means that the advertiser is responsible for all content on that page”.

The board said the image was clearly intended to be humourous and “most members of the community would be aware that alcohol should never be given to an animal”.

However, the board ultimately decided “a depiction of an animal being handed a bottle of beer does amount to animal cruelty” and in its view, the image depicted unsafe behaviour.

As a consequence, the board ruled the image breached the section of the advertising industry’s code of conduct that relates to the depiction of violence.

The board also ruled the image breached the section of the code that stipulates advertising and marketing communications must not depict material contrary to prevailing community standards on health and safety.

“The board noted the complainant’s concerns that the advertisement could encourage people to give alcohol to animals and considered that by depicting an image of a kangaroo being handed a bottle of beer, the advertisement does appear to condone this behaviour,” the board said.

“The board noted that the tagline is “kangabrew” and considered that the light-hearted nature of the advertisement does not detract from the overall depiction of an animal with alcohol.”

A spokesperson for Carlton and United Breweries confirmed to SmartCompany this morning that the image was removed from the Carlton Dry Facebook and Instagram accounts before the Advertising Standards Board made its determination.

“We respect the determination by the ASB and will continue every effort to comply with ASB and broader community standards in the social, and other, media space,” the spokesperson says.

Lessons for other businesses

“Brands need to have a filter across all the images and memes they share to determine if they are likely to offend someone,” she says.

“They need to understand the wider implications of sharing images, whether its their own or one of their fans’.”

Pollard says brands must also understand that by sharing an image on social media, they effectively become the publisher of the content and in more serious cases, this could have legal implications.

“Brands are absolutely liable,” she says.

“As soon as they share something, they are effectively re-publishing. They become the publisher even though they didn’t create it.”

“It only takes one person to complain about something,” she says.

This is one of the biggest jokes I have ever heard of in my 17 years as an advertising professional. Why is it that one person, just one can have such an effect on the governing of advertising and social media standards. Animals have been used in advertising, since the dawn of time – not to mention alcohol marketing, some of which holds pride and place among the best in the world (eg. the Guinness series). People (including the advertising watchdog) need to use some common sense as to what is and what is not humour and reject the trend that seems to be that anything that offends in Australia must in some way be wrong. Get over it.