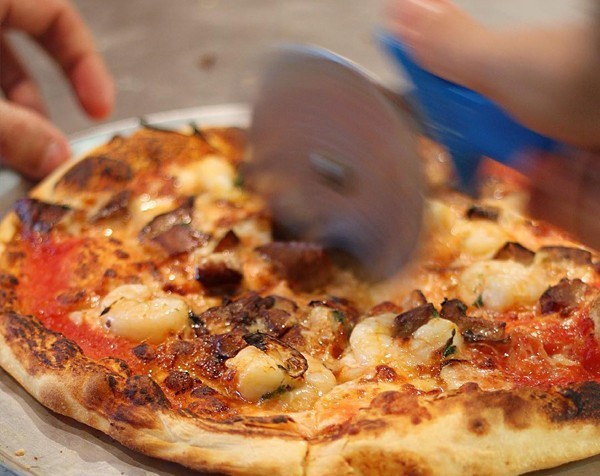 The advertising watchdog has ruled against a “slapstick” McCain ad aimed at young men because it depicts someone stealing from a pizza delivery driver.

The ad, which the Advertising Standards Board says is out of line with prevailing community standards, was designed to promote McCain’s takeaway pizza range.

It depicts several young men blind taste-testing pizza. One pizza has been stolen from a pizza delivery van, while the other is a McCain product.

One person complained to the Advertising Standards Board, arguing the ad portrayed bailing up and stealing pizza from a young pizza driver as “acceptable behaviour”.

“Seeing these behaviours portrayed as what blokes do and as funny is a contributing factor in children behaving similarly and thinking it’s okay,” the person wrote.

In response, McCain denied the allegations, instead arguing the ad used a “slapstick” style of humour and did not breach the advertising code of conduct.

“This particular scene is shot and edited in a way that is clearly intended to be over-the-top and comedic.”

However, the advertising watchdog ruled the comedic nature of the ad was “not sufficient” to mitigate the depiction of someone breaking the law.

“This particular activity – stealing from a pizza delivery person – is an actual crime, this portrayal in the advertisement may be seen to condone stealing,” the ad watchdog ruled.

“The board considered that the victims of crime in such circumstances were often traumatised and such experiences were covered under the provisions of workplace health and safety obligations.”

As a result, the Advertising Standards Board decided the McCain ad was out of step with prevailing community standards and upheld the complaint.

In response to the decision, McCain said the 30-second ad is no longer scheduled for free-to-air television.

A shorter, 15-second commercial that did not depict the theft of the pizza, however, is still available.


A spokesperson for McCain Foods Australia told SmartCompany the ad was supposed to be humorous.
Business news, information and ideas, free in your inbox daily.
You’ll also receive special offers from our partners. You can opt-out at any time.

“While we’re disappointed that someone would interpret it any other way, we will obviously comply with the determination of the Advertising Standards Board,” the spokesperson said in a statement.

*This story was updated on Tuesday May 3 to include a statement from McCain.