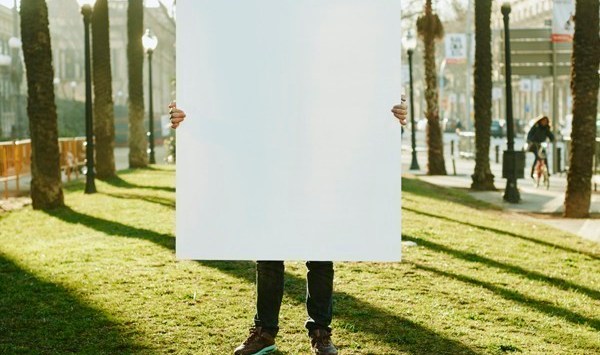 Bottleshop chain Thirsty Camel has pulled a radio ad after the advertising watchdog ruled the commercial contravened prevailing community standards about health and safety by poking fun at supermodels.

The decision comes almost a year after the chain was reprimanded for depicting unsafe use of powerpoints.

The latest radio ad featured a female voiceover that equated a bottle of water with a “supermodel’s lunch”.

“They say there’s no such thing as a free lunch. Not true. Because right now, at Thirsty Camel, we’re giving away a gourmet supermodel’s lunch. That is, a refreshingly free bottle of water,” the person said.

The advertisement ran on radio station Nova FM from December to January, and was part of a promotion to give away 40,000 bottles of free water bottles at Thirsty Camel bottle shops in Victoria.

However, the Advertising Standards Board received a complaint that claimed the ad made light of eating disorders and was derogatory to models.

“Disordered eating should not be prompted, mocked or taken lightly, it deeply affects many peoples life,” the complainant wrote.

“The ad perpetuates negative views of the modelling industry which are no longer representative of the majority of super models. This ad is a form of ridicule and promotes body shaming.”

Thirsty Camel responded to the complaint, stating that two of the company’s core values are irreverence and fun, which is reflected in their advertising.

“The advert in question uses satire to reference dated stereotypes about supermodels; however at no point in time do we use language that is discriminatory, exploitative, degrading or demeaning as suggested by the complaint,” the company said.

In making their decision, a minority of members of the Advertising Standards Board noted the association between drinking water for lunch and being a model is “an out-dated notion”, saying most members of the public would interpret the ad as a “tongue-in-cheek reference which does not encourage or condone eating disorders”.

However the board ultimately noted that even using humour still validated the myth that models survive on water and little food.

“The overall message implies that it is okay for models to replace food with water and therefore if you want to be a model then this is acceptable behaviour,” the board said.

As a result, the board ruled the ad breached the section of the advertising industry code of conduct that specifies advertising must not depict material that is contrary to prevailing community standards, with reference to community views on healthy eating and body image.

Independent brand thinker and advisor Michel Hogan told SmartCompany this morning she believes this is another example of companies using “lazy” advertising.

“There’s plenty of ways you can promote what you do and what you’re selling without basically falling back on laziness and innuendo.”

Hogan agrees with the Ad Standards Board’s decision, describing the ad as “tasteless”, and says small businesses should attempt to bring a consciousness and deliberate thought process to marketing campaigns.

Jonathan Correll, senior manager at marketing communications firm Belles and Whistles says brands need to be careful when using humour, telling SmartCompany trying to be funny can often be a risky move.

“Often there are some brands that use irreverent humour as a key part of their advertising but it is becoming more difficult as sensitivity of social issues increases,” he says.

“Whilst a lot of people would see this is a harmless throwaway line, there are some who would definitely see the harm in this ad.”

SmartCompany contacted Thirsty Camel but did not receive a response prior to publication.

Well in that case they should file a complaint at the writers of ‘Absolutely Fabulous’ where “Patsy” played by Julia Lumley is depicted as not having eaten since 1967, lives on ‘Bolle’ and cigarettes – I mean humor is just that, humor it does not promote any particular point of view, it merely comments on social reality.