High profile members of the Australian advertising industry have teamed up to urge more Australians to get vaccinated by launching a creative campaign to counter concerns about the risks associated with the AstraZeneca COVID-19 vaccine.

‘TheFactsination’ initiative was launched on Monday and centres around an Instagram account that features an A to Z list of “things more likely to kill you than the AZ”, comparing dying from the AstraZeneca vaccine with other possible causes of death. 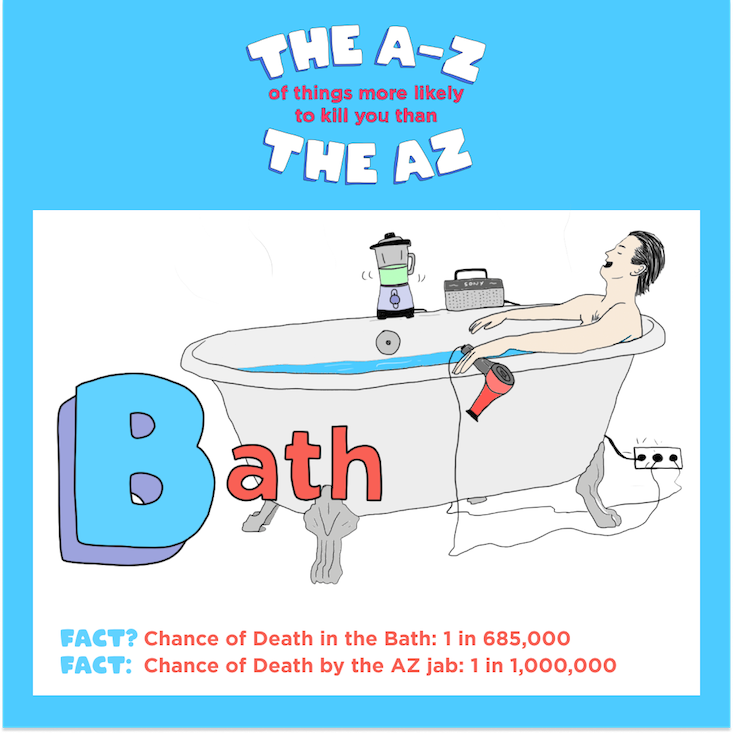 The launch of ‘TheFactsination’ campaign follows the publication of an open letter last week by leading Australian health experts, who encouraged more people to receive the vaccine as soon as possible. The letter said both the AstraZeneca and Pfizer vaccines have a similar ability to prevent severe disease from the Delta variant of COVID-19.

The campaign has been spearheaded by Dan Monheit, co-founder and director of strategy at Hardhat, who told SmartCompany the idea was born out of a sense of “frustration” at witnessing how continuing lockdowns were affecting Australians across the board — including the businesses and clients his agency works with — as well as the knowledge that the “only way to get to the other side of this is through vaccinations”.

While the campaign was developed by members of the Hardhat team, Monheit says they deliberately did not launch the campaign as their own piece of work. Instead, it was important to reach out to a cross section of the industry and ask who wanted to get involved.

“The cause is much bigger than us,” he says.

The campaign’s imagery was created by Good One Creative, and it will feature in a broader media publicity campaign that will target journalists, TV and radio hosts and influencers. It has already been picked up by multiple media outlets, and at the time of publication, the Instagram account had attracted more than 6000 followers.

Monheit says the response has been “breathtaking”.

“I think what we’ve tapped into here is a mass sense of frustration and just wanting to get on with it,” he says.

“I think people have appreciated the perspective we’ve been able to bring.” 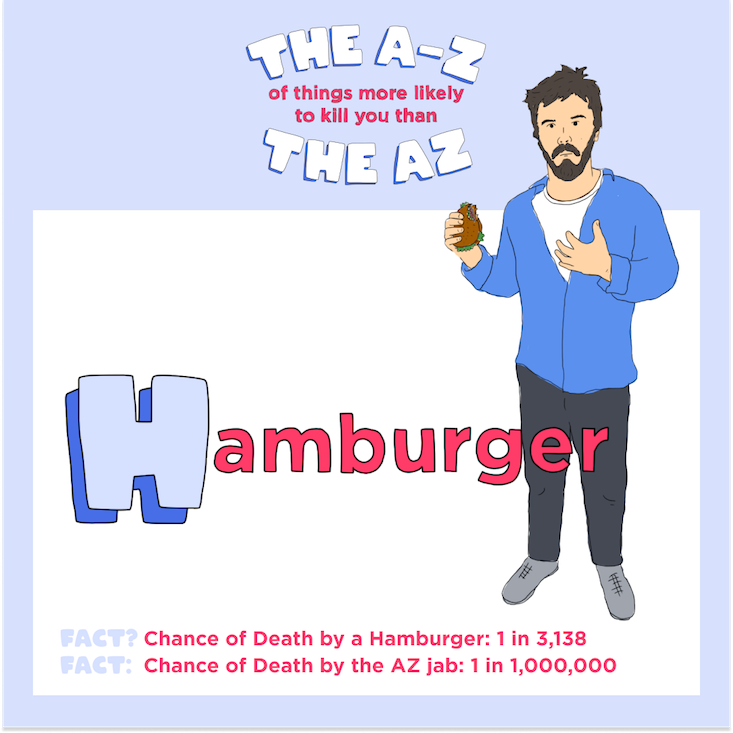 In a statement, Herceg said the campaign is an opportunity for the advertising industry to use its talent and influence to attack vaccine hesitancy that is due to misinformation.

“We need to help to put the risk into perspective,” she said. “There’s only one way out of this — and it’s together.”

“Stop, vaccinate and listen”: What SMEs can learn from Kyle Sandilands’ vaccine rap

Kyle Sandilands' “Get Vaxxed Baby” rap is going viral across the nation. Why has the one minute budget rap video gained so much traction, and what can you learn as a SME?

Why Australia’s “Arm Yourself” vaccination campaign is a missed opportunity

The "Arm Yourself" campaign is a missed opportunity to alleviate fears and encourage a high uptake of the vaccine by Australians of all ages.

I think that the 1 in a million risk of death is skewed. They basically said well there has been 6-7 deaths with 6.3million doses administered. However, the deaths only incur after the first dose. They are not seeing the major side effects on the second dose. So to get an accurate reflection of the risk of death we need to know how many people have had AstraZ and divide that with the deaths rather than dividing it with doses.
So the risk of death is probably more likely to be 1 in 750,000.